By
Hays Carlyon, The Sports Xchange

Jacksonville Jaguars quarterback Blake Bortles runs for a first down in the first half of the NFL Wild Card game at EverBank Field on January 7, 2018 in Jacksonville, Florida. Photo by Joe Marino/Bill Cantrell/UPI | License Photo

Buffalo Bills kicker Stephen Hauschka, kicks a field goal against the Jacksonville Jaguars in the first half of their NFL Wild Card game at EverBank Field on January 7, 2018 in Jacksonville, Florida. Photo by Joe Marino/Bill Cantrell/UPI | License Photo

Jacksonville Jaguars and the Buffalo Bills enter the field to warm up for their NFL wild card playoff game at EverBank Field on January 7, 2018 in Jacksonville, Florida. Photo by Joe Marino/Bill Cantrell/UPI | License Photo

JACKSONVILLE, Fla. -- The Jacksonville Jaguars are advancing in the playoffs thanks to their "Sacksonville" defense.

The Jaguars held the Buffalo Bills to 263 total yards in a 10-3 victory in the wild-card playoff round Sunday at EverBank Field.

Jacksonville (11-6) will travel to face the second-seeded Pittsburgh Steelers next Sunday.

The Bills had one final chance, getting the ball back with 1:51 to play in the fourth quarter at their own 37-yard line. Quarterback Tyrod Taylor was injured on a run after being tackled by Jaguars defensive end Dante Fowler Jr.

Bills backup Nathan Peterman came in and threw an interception as Jaguars cornerback Jalen Ramsey made a diving catch to seal the game.

Jacksonville quarterback Blake Bortles was more effective as a runner than passer. Bortles carried nine times for 89 yards to supplement a subpar passing game. The fourth-year veteran completed 12-of-23 passes for 87 yards.

Marrone used an option in his contract to opt out after the Bills changed ownership after the 2014 season. He walked away with $4 million, missed out on getting another head-coaching job and was hired as the Jaguars' offensive line coach in 2015. He was promoted to interim head coach for the final two games of the 2016 season after Gus Bradley was fired and got the full-time job in January.

Bills running back LeSean McCoy gutted out an ankle injury sustained in the regular-season finale win over the Miami Dolphins. McCoy carried 19 times for 75 yards and caught six passes for 44 yards.

The Jaguars took a 10-3 lead with 42 seconds left in the third quarter. Marrone elected to go for it from the Bills' 1-yard line on fourth down. Jaguars quarterback Blake Bortles found tight end Ben Koyack in the back of the end zone for the touchdown.

Koyack had five catches in the regular season and no touchdowns.

The first half was filled with rough offense, especially for the Jaguars. Bortles led Jacksonville to 84 yards on 22 plays. He was 6-of-15 passing for 33 yards.

Buffalo had more success (148 yards), but failed to cash in on a first-and-goal opportunity at the Jaguars' 1-yard line. The Bills got the chance after Jaguars linebacker Telvin Smith jumped offside on fourth-and-3, giving Buffalo a first down.

The Bills threw it on first down, resulting in an offensive pass interference penalty on receiver Kelvin Benjamin, who was covered by Ramsey. Buffalo settled for a 31-yard field goal by kicker Stephen Hauschka to take a 3-0 lead with 1:49 left in the first half.

Bortles was able to run for gains of 20 and 12 yards to get the Jaguars in range for a 44-yard field goal by kicker Josh Lambo to tie the game with seven seconds left in the second quarter.

NOTES: Buffalo S Micah Hyde (concussion) and CB Tre'Davious White (cramps) left the game. ... Jaguars LB Paul Posluszny left the game with a hip injury in the second quarter. It was the first career playoff game for the 11-year veteran, who signed with the Jaguars as a free agent in 2011 after being drafted by Buffalo. ... NFL commissioner Roger Goodell attended the game and met with reporters prior to kickoff. ... Golf icon Jack Nicklaus attended the game to watch his grandson, Buffalo TE Nick O'Leary, play. 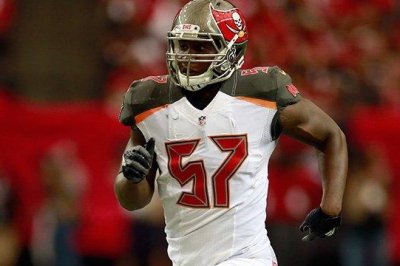