ESPN published a report on Friday, citing multiple sources within the organization and NFL stating that there is tension inside the franchise between Bill Belichick, Tom Brady and owner Robert Kraft.

That tension relates to Brady's relationship with business partner Alex Guerrero, Belichick and former teammate Jimmy Garoppolo. Garoppolo - viewed by many as the heir to Brady in the Patriots' franchise - was recently traded to the San Francisco 49ers.

Those interviewed for the article told ESPN that this "might be the last year together for" Brady. Belichick and Kraft. The prolific trio deny the "theories" and claim to be "united."

"For the past 18 years, the three of us have enjoyed a very good and productive working relationship," the Patriots said in the joint statement Friday. "In recent days, there have been multiple media reports that have speculated theories that are unsubstantiated, highly exaggerated or flat out inaccurate. The three of us share a common goal. We look forward to the enormous challenge of competing in the postseason and the opportunity to work together in the future, just as we have for the past 18 years. It is unfortunate that there is even a need for us to respond to these fallacies. As our actions have shown, we stand united." 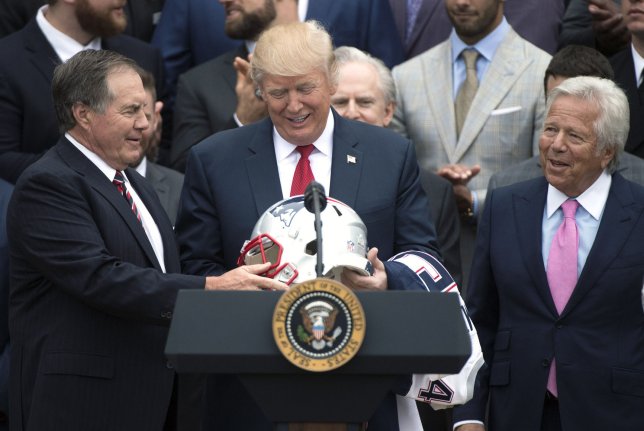 Brady teamed up with Belichick and Kraft after being picked up in the sixth round of the 2000 NFL Draft. He went on to win five Super Bowls as a member of the Patriots. Despite turning 40-years-old this season, Brady remains an MVP candidate. He led the league with 4,577 passing yards this season and threw 32 touchdowns against just eight interceptions. The Patriots are the No. 1 seed in the AFC.

"I don't really know what to say; it's tough to have a response since it didn't appear to me to have one on-the-record quote," Yee said in his statement, according to NFL.com. "All I can suggest is don't believe everything you read."

The Patriots have a bye in the AFC Wild Card round, but host the Kansas City Chiefs, Tennessee Titans or Buffalo Bills in the AFC Divisional round at 8:15 p.m. Jan. 13 at Gillette Stadium in Foxborough, Mass.

RELATED New England Patriots glad for No. 1 seed, week off

NFL // 2 days ago
QB Joe Burrow says Bengals 'not panicking' after starting 2022 season 0-2
Sept. 22 (UPI) -- Quarterback Joe Burrow said the Cincinnati Bengals aren't panicking and called on everyone to "relax" about the team's 0-2 start to the season and the constant duress he's faced on the field since last year.

NFL // 3 days ago
Bills' Bobby Hart suspended one game for hitting Titans coach
Sept. 21 (UPI) -- Buffalo Bills offensive lineman Bobby Hart is suspended for one game after he threw a punch at a Tennessee Titans player, but instead hit a coach, after a Week 2 win, the NFL announced.

NFL // 4 days ago
Bills CB Dane Jackson released from hospital after injury vs. Titans
Sept. 20 (UPI) -- Buffalo Bills cornerback Dane Jackson, who prompted a somber scene due to an injury he sustained in a Week 2 win over the Tennessee Titans, was released from a Buffalo, N.Y., hospital, the Bills announced Tuesday.
Advertisement