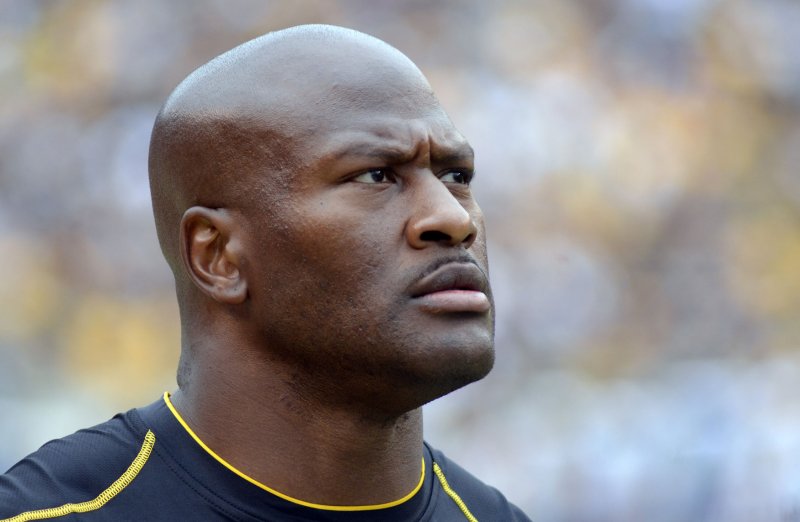 James Harrison watches from the sidelines during the fourth quarter of the Pittsburgh Steelers' game against the Jacksonville Jaguars in October. Photo by Archie Carpenter/UPI | License Photo

Gilbert had been suspended for four games for violating the league's policy on performance-enhancing drugs.

Harrison, 39, had 80 1/2 sacks in a Pittsburgh uniform, and he had at least five sacks in each of the previous three regular seasons even though his playing time was reduced.

He played in just five games this season and had one sack.

"There was no animosity or bad feelings," Parise told ESPN. "It's just the business of the NFL. I believe he still wants to play. We'll have to wait and see what happens with waivers."

Harrison was the 2008 NFL defensive player of the year and was named to the Pro Bowl five times in his 14-year career.

For his career Harrison has 82 1/5 sacks, including two with Cincinnati, as well as eight interceptions.