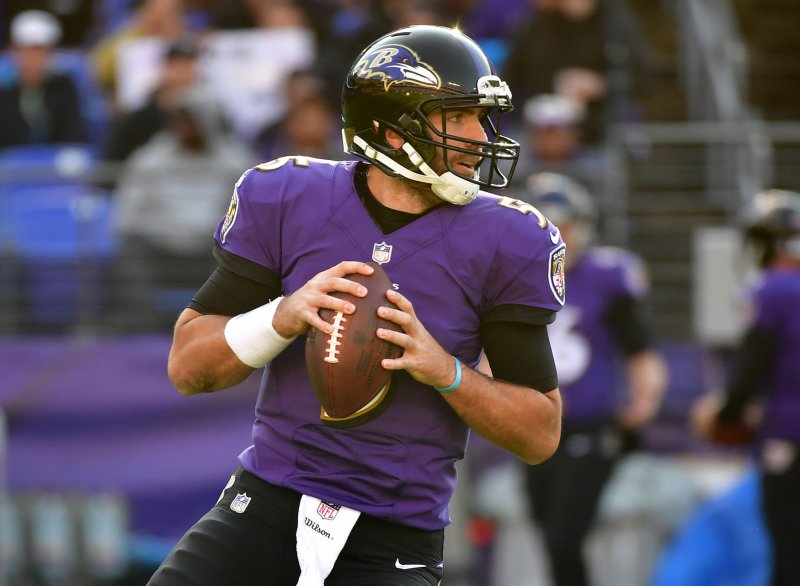 SERIES HISTORY: 38th regular-season meeting. Ravens lead series, 28-9. Baltimore coach John Harbaugh is 17-2 against Cleveland and has won the past four games. The Ravens forced five turnovers en route to a 24-10 victory over the Browns in Week 2 at M&T Bank Stadium. The Ravens have won eight of their last nine games in Cleveland and never have lost there in December, going 3-0.

KEYS TO THE GAME: The Browns could steal a page from the Steelers and launch an all-out air attack on the Ravens. Quarterback DeShone Kizer won't throw 66 passes like Steelers quarterback Ben Roethlisberger did last Sunday, but a 40-pass game wouldn't be a surprise.

Kizer needs to cut out the bad mistakes and get the ball in the hands of Josh Gordon, Corey Coleman or Duke Johnson to give the Browns any hope.

Baltimore has trouble matching up with tight ends in the middle of the field, and the Browns have a future star in rookie David Njoku. He could be a difference maker for Kizer.

The Ravens have been more aggressive on offense over the past two games, scoring 44 points against the Lions and 38 against Pittsburgh. The game plan shouldn't change against the Browns, who have the league's 12th overall defense.

Quarterback Joe Flacco will take some shots downfield to keep Cleveland off-balance. Running back Alex Collins ran for 120 yards against the Steelers and should get plenty more opportunities against the Browns, especially if the Ravens jump out to an early lead.

Linebacker C.J. Mosley has battled injuries over the past month; and, as a result, he has struggled in pass coverage.

Baltimore will keep the pressure on Kizer and hope he makes a mistake. Cleveland has the league's 16th-ranked running attack, led by Isaiah Crowell, and the Ravens will look to shut that down and force Kizer to make plays with his arm on what is expected to be a cold and windy day off Lake Erie.

--Ravens TE Benjamin Watson vs. Browns S Derrick Kindred. Watson leads the Ravens with 45 catches and shares the team lead with three receiving touchdowns. The Browns have tried numerous ways to cover tight ends without success. Kindred is one of their options.

PLAYER SPOTLIGHT: Ravens CB Marlon Humphrey. The rookie first-round pick from Alabama has stepped into the starting role for the injured Jimmy Smith and has been solid. In his first start Sunday night against Pittsburgh, Humphrey was targeted 12 times and allowed just six receptions for 37 yards. He likely will square off against Browns wide receiver Josh Gordon. Both are physical and fast. Humphrey likely will not relinquish his starting role and could be a mainstay in the secondary for years to come.

FAST FACTS: Ravens QB Joe Flacco completed 25 of 34 (73.5 percent) with two TDs last time the teams met. Last week, he passed for 269 yards and two TDs. ... RB Alex Collins had a career-high 166 yards from scrimmage (120 rush) and a rushing score last week. He has five rushing touchdowns in his last four games. ... RB Javorius Allen had two rushing TDs last week and 101 yards from scrimmage. ... RB Danny Woodhead has 230 yards from scrimmage in his last two games against the Browns. ... WR Jeremy Maclin has three straight games against Cleveland with a TD catch. ... TE Benjamin Watson has more than 90 yards receiving in two of his last three games against Cleveland. ... LB C.J. Mosley had a season-high 14 tackles last week. ... S Eric Weddle had an interception last time he played the Browns and has three straight games against Cleveland with a pick. ... LB Terrell Suggs is tied for third in the AFC with 11 sacks. ... Rookie LB Tyus Bowser recorded a sack and an interception last time out against the Browns. He also had a sack last week. ... Browns QB DeShone Kizer had a career-high three TD passes last week. He is tied for the lead among quarterbacks with five rushing TDs. ... RB Duke Johnson caught a TD pass last week. He has two straight home games with a TD. He is the only running back with 50 catches in each of the past three seasons. ... WR Corey Coleman has a receiving TD in two of his past three home games. ... TE David Njoku ranks third among rookie tight ends with four TD catches. ... LB Christian Kirksey has more than 10 tackles in three of the past four games. ... LB Joe Schobert ranks second in the league with 120 tackles. Schobert and Kirksey are the only teammates with more than 100 tackles. ... DE Myles Garrett has three sacks in his last four games at home and is tied for third among rookies with five sacks. ... CB Jason McCourty had an interception and forced fumble last time out against the Ravens. He has an interception in two of the three games against Baltimore.

PREDICTION: The Browns came close to winning last week against the Packers. But they once again let a chance at victory slip away. Against the Ravens, that chance won't present itself. This one won't be close.