Joe Montana was a late, third-round draft choice passed over by every other team in the NFL. Steve Young was a refugee from the defunct USFL, thought more of a running back than a quarterback by most NFL people. Jeff Garcia was a Canadian Football League quarterback not even on NFL teams' radar.

All three became stars for the San Francisco 49ers, the first two Hall of Famers, but most of the recent years have been a fallow period.

Now, however, it is just possible the 49ers finally have their next quarterback swiped this time in clear daylight while, for a change, the rest of the NFL was well aware of what they were doing and what the potential was.

It's way, way too early, of course, to proclaim Jimmy Garoppolo a savior for a franchise that needs one. But, at least off a single start, Garoppolo showed the 49ers and their fans the same skills that led the New England Patriots to do just about everything they could do to hang on to him as Tom Brady's backup and eventual successor.

And New England, unlike San Francisco, has a recent history that shows the team knows what it is doing.

The Patriots made Garoppolo the fifth quarterback chosen in the 2014 draft, and only one of the four picked ahead of him, the Raiders' Derek Carr, has had a really solid career so far. In draft analysis, NFLDraftScout.com compared Garoppolo's quick release with Dan Marino, not a bad guy to be compared to.

But Garoppolo would not play along with the Patriots because he wanted to play, period, and it's going to be intriguing to watch his development now alongside that of say, Mitchell Trubisky, the QB the 49ers passed on and allowed to go to Chicago, or whatever quarterback the Cleveland Browns ultimately come up with, assuming they come up with one.

You see, what the Patriots hoped to do was right out of the old San Francisco playbook, trying to keep a guy for future use even if they did not need him immediately. And the attempt did not always work for the 49ers, either.

A bit more than two decades ago, San Francisco had an offensive coordinator named Mike Shanahan, who did such a terrific job coordinating the offense for Young and head coach George Seifert, that the 49ers offered him something above seven figures a year - big bucks for a coordinator at the time - to remain with the 49ers rather than become the Denver Broncos head coach.

The plan, hatched by Carmen Policy, at the time the 49ers president, was that Shanahan would remain offensive coordinator and when the time came, would succeed Seifert as head coach.

Just as the Patriots would have had Garoppolo remain in the bullpen and eventually succeed Tom Brady as quarterback.

Same way that Shanahan did not want to wait for a job, Garoppolo would not agree to remain as Bill Belichick's insurance policy for Brady. And with Garoppolo due to become a free agent after this season, the Patriots were left with no real alternative but to trade him because they couldn't fit, under the salary cap, the kind of contract he would demand.

Shanahan's decision paid off. Within three years, he won two Super Bowls with the Denver Broncos and a quarterback named John Elway.

Garoppolo, we can be pretty sure, will not win two Super Bowls in three years. Just a winning season would be a big jump in San Francisco, where the franchise has pretty much been a disaster since the late '90s, after Shanahan departed, Seifert retired and Young's career was ended by injury.

Yes, there was that brief, glorious resurgence the 49ers enjoyed under Jim Harbaugh that even included a Super Bowl appearance, but some of the most glaring mismanagement in memory brought the whole thing crashing down.

Which is why Kyle Shanahan is the team's fourth head coach in four years and why he and general manager John Lynch got six-year contracts to rebuild the organization. This is not a quick-fix job.

Garoppolo's first start for the 49ers, last Sunday, resulted in a 15-14 victory over the equally woesome Chicago Bears. Nothing spectacular there. He did not even produce a touchdown. But he helped the 49ers dominate the game by leading their offense on five field-goal drives of 58 yards or more. San Francisco held the ball most of the game, made at least one first down on every possession but one, and here's the kind of interesting stat note that frequently can get overlooked:

In their previous 11 games, the 49ers had advanced into the opposition red zone 27 times, an average of 2.5 times a game. Against the Bears, they did it five times.

Garoppolo now is expected to remain the 49ers' starting quarterback for the rest of the season, and it promises to get more interesting as we get nearer the end. The team is playing solely for position in the draft and, while it seems certain it would take a cataclysmic change to disrupt the transition at quarterback, we might learn more about the new kid by the end.

Even given Garoppolo's two long-ago starts for the Patriots or his work as Brady's understudy, this is going to be a really small sample for the 49ers to pin their future hopes on the new kid. But that's where we are.

Meanwhile, no one is counting out Trubisky just yet, but the pressure will be on the Bears to make a coaching decision that will help him develop. Who says these end of year games involving losing teams are meaningless?

Ira Miller is an award-winning sportswriter who has covered the National Football League for more than five decades and is a member of the Pro Football Hall of Fame Selection Committee. He is a national columnist for The Sports Xchange. 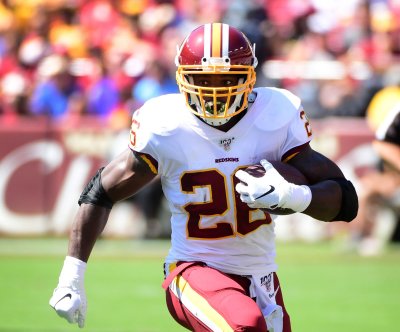 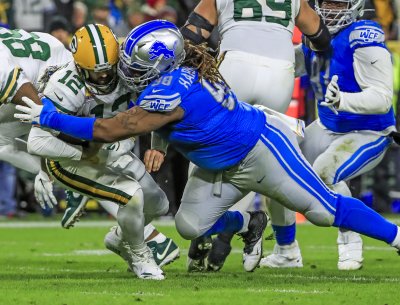