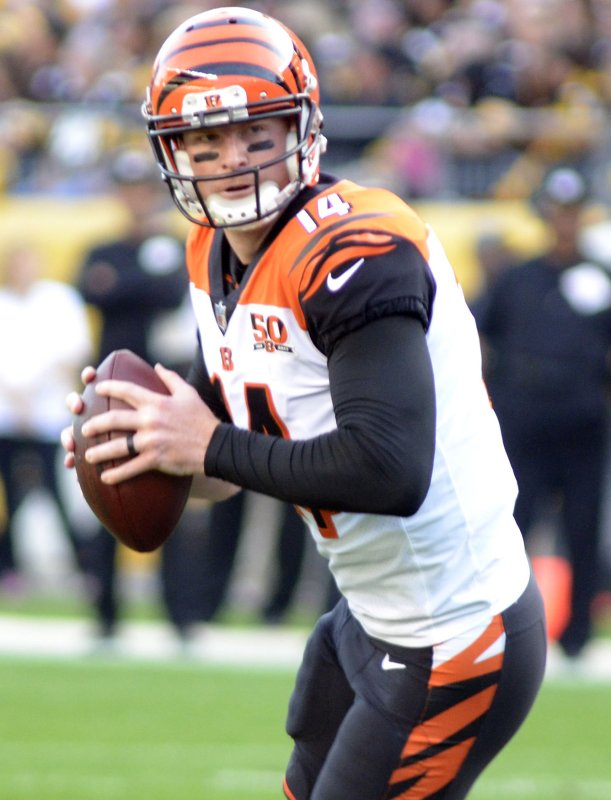 SERIES HISTORY: 90th regular-season meeting. Bengals lead series, 49-39, including wins in the last six meetings. Cincinnati defeated the Browns 31-7 at Cleveland on Oct. 1. The Bengals own a 29-15 home record against the Browns. With a win on Sunday, the Bengals will sweep the season series with the Browns for the 13th time.

KEYS TO THE GAME: Winning in the NFL always starts and ends with quarterback play and, if Cleveland is going to have a chance, they must find a way to stop Andy Dalton and Browns quarterback DeShone Kizer (league-leading 14 interceptions) has to stop turning the ball over.

In their first meeting, a Bengals' 31-7 victory on Oct. 1, Dalton was sacked three times. But he still completed 25 of 30 passes.

The Browns have to figure a way to cover tight end Tyler Kroft because he caught two touchdown passes in that Oct. 1 game.

The Bengals' offensive line should get a lot of the credit for Dalton's improved play -- he has been sacked only five times in the past three games. The improved line play is opening up some down-field opportunities for Dalton, who had TD passes of 29 yards to Alex Erickson and 18 yards to A.J. Green in the win over the Broncos. Green caught a 70-yard touchdown in a loss at Tennessee two weeks ago.

Advertisement
RELATED Tyrod Taylor back at QB for Buffalo Bills

If the Bengals' stagnant running game can get something going, that would make Dalton's job a lot easier. Rookie RB Joe Mixon leads the team with 370 rushing yards but is averaging just 2.9 yards per carry.

The Cleveland defense gets a much-needed boost with a healthy Myles Garrett. The top pick in the draft missed the first game with a sprained ankle. When healthy, he has been a force -- 15 tackles and four sacks.

But the defense did lose defensive end Emmanuel Ogbah (four sacks), who was put on injured reserve on Tuesday with a broken foot.

--Browns TE David Njoku vs. Bengals SS Shawn Williams. Quarterback DeShone Kizer likes looking for Njoku near the goal line. The rookie tight end caught two passes for 11 yards in the first meeting. The Browns' chances of beating the Bengals increase if he gets more touches on Sunday.

PLAYER SPOTLIGHT: Browns OG Kevin Zeitler. Zeitler played five seasons with the Bengals before signing with Cleveland last offseason. He has been a major upgrade. He will be blocking Bengals defensive tackle Geno Atkins in what should be one of the more intriguing matchups of the day.

FAST FACTS: Browns QB DeShone Kizer has two straight games with a touchdown pass. He has four rushing touchdowns, tied for second in the league. ... RB Isaiah Crowell has a rushing touchdown in two of the last three games against the Bengals. ... RB Duke Johnson Jr. had a receiving touchdown last week and had a rushing score last time the Browns and Bengals met. He leads all NFL running backs with 1,462 receiving yards and ranks second with 160 catches since entering the league in 2015. ... WR Corey Coleman led the team with a career-high six catches for 80 yards last week. ... Rookie TE David Njoku has a touchdown catch in two of the past four games on the road. ... LB Christian Kirksey has 55 tackles (11 per game), two sacks and two forced fumbles in the past five games. Kirksey and LB Joe Schobert rank first and second in tackles with 87 and 86. ... Bengals QB Andy Dalton has thrown seven touchdowns without an interception in his last four games. He has five straight games against the Browns with a QB rating over 100. ... RB Joe Mixon has a rushing touchdown in two of his past three games. He ranks fifth among rookies with 577 yards from scrimmage. ... RB Giovani Bernard had a 61-yard touchdown catch the last time the teams met. He has three straight games at home against the Browns with more than 85 yards from scrimmage. ... WR A.J. Green has tallied 165 yards and two touchdowns in his last two games. In the past three games against the Browns, Green has 360 yards and three touchdowns. ... TE Tyler Kroft scored last week and recorded two scores the last time out against the Browns. ... LB Vontaze Burfict had 12 tackles, a sack and a forced fumble last week. ... DE Carlos Dunlap had two sacks last week, his 15th career game with at least 1 1/2 sacks.

PREDICTION: This is a winnable game for the Browns if Andy Dalton has on off game. Dalton is due for a clunker, but this is the Browns he is facing.