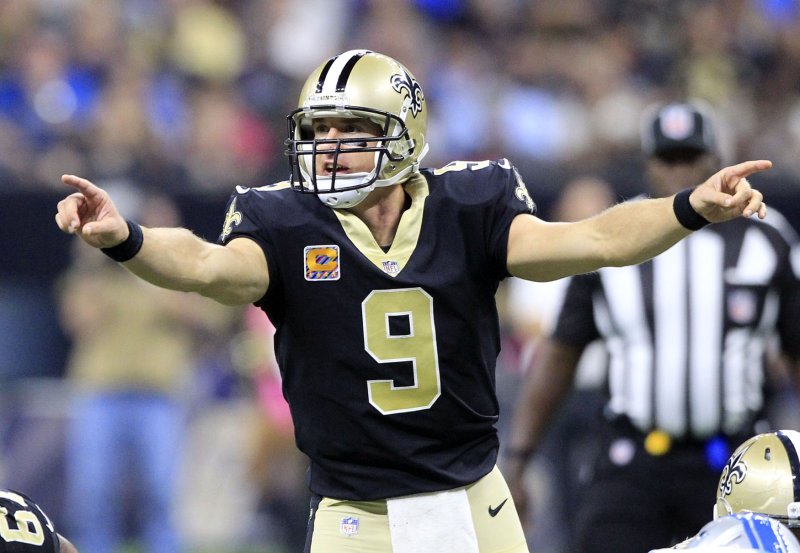 Drew Brees and the New Orleans Saints square off with the Washington Redskins on Sunday. Photo by AJ Sisco/UPI | License Photo

SERIES HISTORY: 26th regular-season meeting. Redskins lead series, 17-8, and have won four of the past five meetings, including a 47-14 win on Nov. 15, 2015. Washington's last visit to the Mercedes-Benz Superdome was Week 1 of the 2012 season, when rookie quarterback Robert Griffin III threw for 320 yards and two touchdowns in a 40-32 win.

KEYS TO THE GAME: The Redskins began the year showing great improvement stopping the run. But the loss of defensive ends Matt Ioannidis (broken hand) and, especially, rookie first-round draft pick Jonathan Allen (Lisfranc sprain, foot) has caused problems. Ioannidis could return against New Orleans, but would play with a wrapped cast on his hand that serves more as a club than a useful digit. Allen is on injured reserve.

The Redskins' best bet is to control the clock with a running game that has struggled all season -- rookie Samaje Perine will start -- and use quick, short passes to wide receiver Jamison Crowder and running back Chris Thompson. Look out for tight end Vernon Davis, too, who is still a matchup issue for most linebackers and safeties even at age 33.

The Saints will try to continue the formula that has produced a seven-game winning streak: Be balanced on offense, contain the run and turn loose the pass rush. With a healthier offensive line and the RB combination of Mark Ingram and Alvin Kamara, the running game has been setting the stage for Drew Brees and the passing game.

Though the Saints are 16th in rushing yards allowed, they're tied for 30th in yards per rush (4.7) as a lot of the rushing limitations have come from playing with big leads rather than just stuffing the run.

--Redskins RB Chris Thompson vs. Saints linebackers. Thompson leads the Redskins in rushing yards (277) and receiving yards (494). The Saints cornerbacks and pass rush have been the strengths of the team, which could tempt the Redskins to use Thompson even more in the passing game than usual. LB A.J. Klein's status is uncertain because of an ankle injury, but Manti Te'o and Craig Robertson are both playing well and either could replace him, depending on the formation.

--Saints RT Ryan Ramczyk vs. Redskins LB Ryan Kerrigan. Kerrigan has six sacks but has been held off the stat sheet the past two weeks since he had two on Oct. 29 against Dallas. Ramczyk is part of an offensive line that has allowed sacks on just 2.67 percent of its passes, which leads the NFL.

PLAYER SPOTLIGHT: Redskins S D.J. Swearinger. He has become the heart and soul of Washington's defense. He leads a team huddle before every Wednesday practice to set the tone for the week and was publicly furious after a 38-30 loss to Minnesota on Sunday; he felt the Redskins had a couple of bad practices late last week. Swearinger backed up his words with his own play on the field. He had two interceptions and two passes defended against the Vikings.

FAST FACTS: Redskins QB Kirk Cousins ranks third in the NFL with 2,474 passing yards. He completed 20 of 25 passes (80 percent) for 324 yards and four TDs for a perfect 158.3 passer rating in his only career meeting. He has six TDs and one interception in his past four games on the road. He aims for his seventh game in a row on the road with a 90-plus passer rating. ... RB Chris Thompson leads the team in rushing yards (277), catches (38) and receiving yards (494). His 494 receiving yards are the most among NFL running backs. He has six TDs in his past six games on the road. ... LB Zach Brown leads the NFL with 96 tackles. He aims for his fifth game in a row with 10-plus tackles. He has 75 tackles (10.7 per game) and 2.5 sacks in the past seven games on the road. ... Saints QB Drew Brees is 7-0 with 1,751 passing yards (250.1 per game), 10 TDs and four interceptions in the past seven games. He has 2,039 passing yards (291.3 per game), 11 TDs and five interceptions in his past seven home games. ... RB Mark Ingram rushed for 131 yards and a career-high three TDs last week. In his past five games at home, he has 497 scrimmage yards (99.4 per game) and five rushing TDs. He had 98 scrimmage yards (77 rushing) in the last meeting. ... DE Cameron Jordan has seven sacks and an interception in the past eight games at home. He has 15 tackles in two career games against Washington.

PREDICTION: Since an 0-2 start, the Saints have rolled to seven straight wins, each one seemingly more overpowering than the last. This is not the venue the injury-riddled Redskins need to be walking into this week. 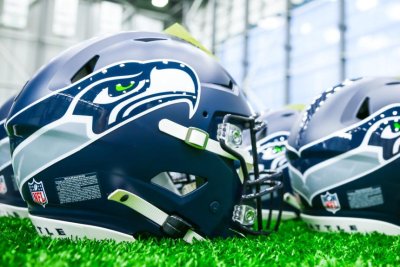