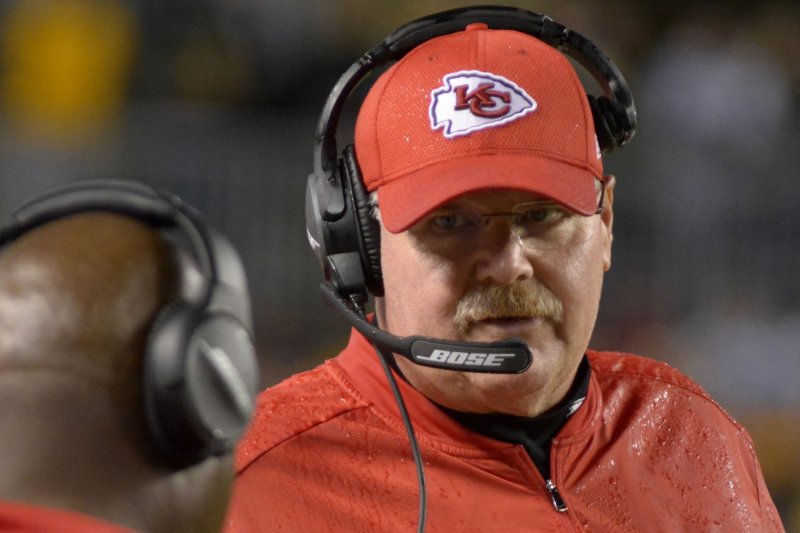 KANSAS CITY, Mo. -- Kansas City Chiefs head coach Andy Reid needed his pass defense to come up with just one play at the end of Thursday night's 31-30 loss to Oakland and, despite four cracks at denying Raiders quarterback Derek Carr, the defense failed each and every time.

"It came down to a few plays and we've all got to do better, starting with me putting our guys in position to make plays," Reid said. "When you're given that opportunity, then you've got to make it."

The Chiefs surrendered 505 yards to the Raiders. Carr led the way with 417 yards through the air on 29-of-52 passing along with three touchdowns and he wasn't sacked. The secondary failed to make stops at the end of the game, but failure in the secondary haunted the Chiefs all night long.

Reid felt his secondary put itself into position to make plays, but could not get the stop it need at critical junctures.

"One thing we've got is we're getting tight coverage for the most part," Reid said. "We've just got to make sure we start making the play at that particular point when given that chance."

"I would never tell you different with Eric Berry, you're talking about the best safety in football," Reid said. "But what we do is the next guy steps in and plays his tail off. They've made some plays, the guys that have filled in that role have made some plays. Is everything that Eric Berry would have done? No, but it's good enough where we should be winning football games."

The Chiefs could get Nelson back soon. That would lighten the load on the Chiefs' cornerbacks, where Terrance Mitchell and Phillip Gaines have logged expanded roles in Nelson's absence.

"You can't have enough of those secondary guys, those corners and that position there, guys that can cover," Reid said. "You see how this league is and these receivers are. You need to have as many of those guys as you can in there."

The Chiefs have a break to see if rest and recovery can cure the team's defensive woes. The team has 10 days of preparation for a Monday night showdown at home against the Denver Broncos. While the loss to the Raiders stings right now, Reid told his team to find the positives.

"It's hard right now because you went 5-0 and then you have two losses that seems like the whole world's falling apart but in reality that's not the case," Reid said. "But we do have to fix a couple of things."

--PASSING OFFENSE: A-minus -- Hard to find fault with Alex Smith's 25-of-36 passing for 342 yards and three touchdowns. It could have been even better, however, with a few balls rushed and just a hair off target. The Chiefs failed to protect Smith on a third-and-four late in the game, resulting in an 11-yard sack that provided the Raiders an opportunity for the game-winning drive. Tyreek Hill led the team with six catches for 125 yards and a touchdown, but the Chiefs need more production from tight end Travis Kelce, who caught four passes for just 33 yards with a touchdown.

--RUSHING OFFENSE: B -- Rookie Kareem Hunt rushed for 87 yards on 18 carries, but could not salt the game away for the Chiefs in the fourth quarter. Hunt did add 30 yards receiving, putting him over the 100-yard mark for yards from scrimmage for the seventh straight game starting his career, extending his NFL record. Outside Hunt, however, the Chiefs mustered just 7 yards on five carries.

--RUSH DEFENSE: B-plus -- The Raiders' rushing game failed to make much of an impact even before Marshawn Lynch's first-half ejection for putting his hands on an official. Kansas City allowed 88 yards on the ground on 21 carries. The Raiders picked up just three first downs on the ground, and completely abandoned the run late in the game in comeback mode. The Chiefs yielded just 27 yards rushing in the second half on nine carries, and the Raiders rushed just twice while passing 21 times in the fourth quarter. Run defense did not cost the Chiefs this game.

--SPECIAL TEAMS: B-plus - The kicking game excelled once again, with Harrison Butker connecting on field goals of 53, 39 and 37 yards and Dustin Colquitt netting 45.7 yards on three punts, all of which put the Raiders inside their own 20. Eric Murray deflected a field goal in the first half. The return game struggled, however with two kickoff returns averaging just 18.5 yards. The normally electric Tyreek Hill averaged just 6.5 yards on two punt returns.

--COACHING: C-minus -- Chiefs head coach Andy Reid and his staff built a winning offensive game plan, but the defense completely melted down in the second half. Sutton's defense relies on a bend-but-don't-break philosophy, but the defense shattered into pieces on the game-winning drive. Kansas City's pass defense the last two weeks suddenly casts significant doubts on a team that looked like the class of the AFC. The Chiefs' coaching staff have 10 days of much-needed rest to correct massive flaws before meeting the Denver Broncos.