HOUSTON -- The unprecedented success of Houston Texans rookie quarterback Deshaun Watson has established new NFL milestones, excited teammates with his swagger and style and created hope for a franchise that had suffered for years under center.

Watson leads the NFL with 15 touchdown passes, as many as the Texans had last season during the disastrous one-year tenure of $72 million quarterback bust Brock Osweiler.

He's on pace to finish the season with 40 touchdown passes and 3,458 yards. Those are Pro-Bowl caliber numbers. Watson isn't inclined to rest on his laurels, though.

"I mean, it's pretty cool, but me as a player, I'm never complacent," Watson said. "I'm always striving to be the best and striving to improve on my game. So, it's no surprise. I've put in the work and I'm a confident player."

Watson is tied with Kurt Warner and Mark Rypien for the most touchdown passes by any quarterback in his first six games.

"Look, for a guy that's just coming into the league, to be able to play the way he's played, with the poise that he's played with, definitely pleased with that," Texans head coach Bill O'Brien said. "I just know that there's a lot of things relative to him and the way he thinks and the way I think that we can all get better at. I think he'll always try to enhance the things that he's doing well and I think he'll really work hard to change the things that he's not doing well."

Watson is annoyed with himself for throwing an interception Sunday, his fifth of the season, and that it was returned for a touchdown by Cleveland Browns cornerback Jason McCourty.

"Just a rush," Watson said. "Fundamentals were bad and the ball just sailed on me and McCourty made a great play and returned it for six. It's a good learning lesson."

At 22 years old, Watson has quickly emerged as one of the top young quarterbacks in the NFL. He's completing 61.5 percent of his throws for 1,297 yards. He's rushed for 202 yards and two scores since replacing Tom Savage.

"I've grown a lot," Watson said. "Each rep is another step for me to be able to grow as a player, as a person and as a leader. Getting more comfortable in this league is very, very hard to do, so each rep is real critical."

Sprinting away from defenders and displaying upgraded catching skills, Texans wide receiver Will Fuller has emerged as a dangerous scoring threat.

Regardless of whether it's a long throw or in close quarters, Fuller has been nearly impossible to stop or contain.

Fuller has caught five touchdown passes in three games on eight receptions for 154 yards, scoring on 62.5 percent of his catches since returning from a broken collarbone that forced him to miss the first three games.

"I feel like I'm settling in pretty good coming off the long injury," Fuller said. "I was working before I got back so it was just a matter of time before I got back to my conditioning level and all that stuff."

A first-round draft pick from Notre Dame and the fastest player on the Texans' roster with a 4.28 time in the 40-yard dash, Fuller caught 47 passes for 635 yards and two scores last season. He struggled a bit with his hands, but has improved markedly in terms of fundamentals and strength this year.

"Just playing smarter," Fuller said. "It's my second year, so I know a lot more about defenses and how they're going to try to play. I think that's the biggest thing. Playing smarter so I can play faster. I feel like I'm a little stronger."

Averaging 19.3 yards per reception, Fuller has built a strong connection with quarterback Deshaun Watson. Their timing is obvious.

"It's a lot of fun," Fuller said. "He has his own swag to him. He just keeps everything fun."

The exuberance of Texans wide receiver Braxton Miller was on display Sunday during his touchdown catch as he punctuated the score by doing a forward flip into the end zone.

Miller had been a healthy scratch for the previous two games.

However, Texans head coach Bill O'Brien wasn't a fan of how Miller celebrated the touchdown.

"I mean, that's something that he wanted to do," Watson said. "His opportunity came and he took advantage of it and he did a flip and it was pretty dope."

--PASSING OFFENSE: B -- Deshaun Watson threw three touchdown passes and has 15 for the season to lead the NFL. He has one interception returned for a touchdown.

--RUSHING OFFENSE: B -- Running backs D'Onta Foreman and Lamar Miller ran hard and picked up some key yards. The game plan was primarily to throw the ball.

--RUSH DEFENSE: B: The Browns' running game had trouble gaining much traction as they weren't able to sustain blocks.

--SPECIAL TEAMS: B -- The punt coverage improved, kicker Kai'imi Fairbairn had six touchbacks on kickoffs, but there was a missed extra point.

--COACHING: B -- Bill O'Brien had the team focused to take care of business against a winless team. The strategy was sound. 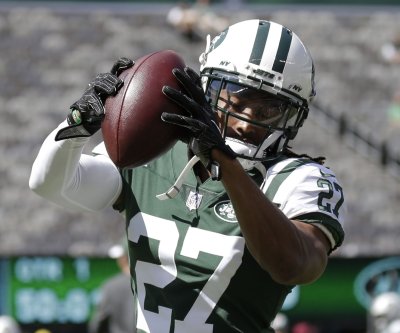