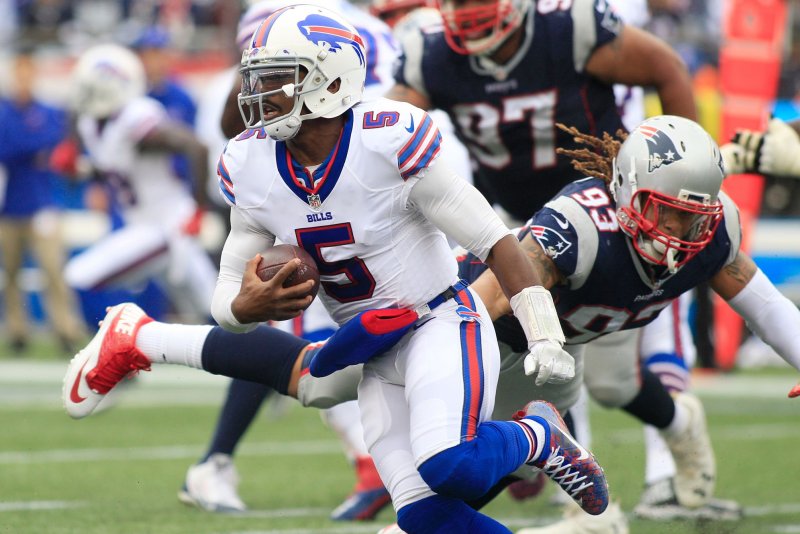 SERIES HISTORY: 29th regular-season meeting. Bills lead the series, 16-12. Buffalo's 16-12 victory last season at Paul Brown Stadium snapped a three-game winning streak in the series for the Bengals. Prior to 2011, Buffalo had won 11 straight meetings, the longest winning streak on record for any Cincinnati opponent.

KEYS TO THE GAME: The Buffalo Bills are among the most efficient teams in the league on third down and they take care of the football, with one turnover through four games. The Bengals' defense needs to reverse those trends, get off the field on third down, and try to disrupt Bills quarterback Tyrod Taylor enough to force mistakes. Taylor cannot be allowed to extend plays with his feet.

Buffalo allows only 13.5 points per game, but Andy Dalton and the Bengals' offense has been more dynamic under new coordinator Bill Lazor. Cincinnati will look to establish its running game to control possession, an area they've struggled with in recent weeks.

The Bills have done a nice job with their play-action passing game the last couple games, and it's working despite the fact that the running game hasn't been great. The reason is likely because opposing defenses still don't respect the Buffalo passing game and remain geared up to stop LeSean McCoy. Look for the Bills to continue to try to bait the Bengals with play-action, and for Taylor to look for tight end Charles Clay if the linebackers bite on the fakes. When the Bills do decide to run, McCoy needs to be more productive.

--Bengals LT Cedric Ogbuehi vs. Bills DE Jerry Hughes. Hughes has 11 tackles in four games against the Bengals, his fifth-most against any opponent. He hasn't had a sack against them but already has three this season.

--Bills TE Charles Clay vs. Bengals LBs Nick Vigil and Vontaze Burfict. Both Vigil and Burfict excel in pass coverage, but Clay is a load. He has 18 catches for 227 yards and two TDs as one of Tyrod Taylor's few receiving threats.

PLAYER SPOTLIGHT: Cincinnati RB Giovani Bernard. When he last faced the Buffalo Bills, in Week 11 last season at Paul Brown Stadium, he suffered a season-ending ACL tear. Bernard said this matchup won't stir any bad memories. "It's the Bills, but I don't care about that," he said. Bernard is fully healthy and last week caught a 61-yard TD pass in last week's 31-7 win at Cleveland. Cincinnati is looking to establish its running game, but Bernard is excelling in the up-tempo, quick-hit passing game established by newly hired offensive coordinator Bill Lazor. Bernard has five catches for 79 yards and two touchdowns the past two weeks.

PREDICTION: The Bills have played efficiently, winning football with a somewhat limited roster so far, but this seems like a bad matchup for an offense lacking a lot of big-play threats. Especially if the version of Andy Dalton who's played the last two weeks shows up for this one.