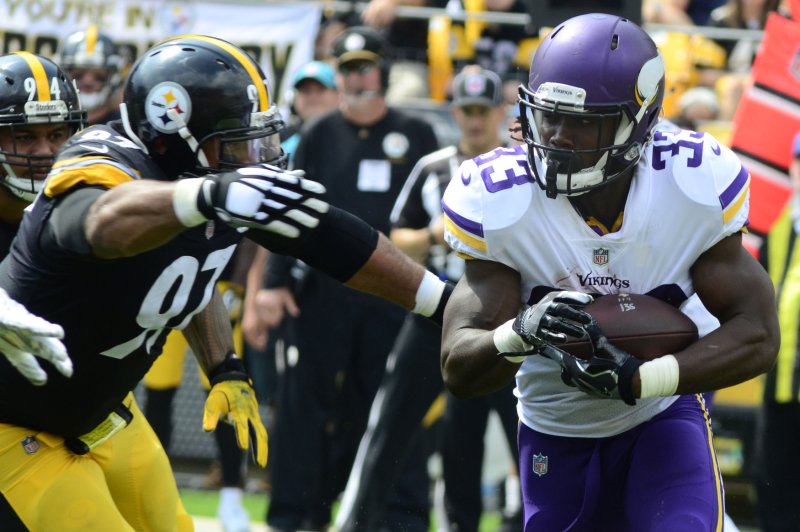 MINNEAPOLIS -- Dalvin Cook went untouched into the end zone on a 5-yard touchdown run with 1:07 remaining in the first half on Sunday to give the Minnesota Vikings a 7-3 lead and swell of momentum into halftime.

When Cook crumpled to the ground and reached for his left knee early in the third quarter, spirits sank throughout the stadium.

Cook, Minnesota's rookie running back who entered the game second in the NFL with 288 rushing yards, sustained a left knee injury and didn't return. Vikings head coach Mike Zimmer said the team is concerned about Cook's ACL and he will have an MRI to determine the extent of the damage.

"I told him he's not the first great running back to have an ACL, if it is one, and come back pretty good," Zimmer said. "Dalvin will have a great career."

For a team already without quarterback Sam Bradford, losing Cook could be a drastic blow. If Minnesota's surprising offense had gained notoriety for big pass plays to receivers Stefon Diggs and Adam Thielen, Cook provided the stability on the ground.

The second-round draft pick, No. 41 overall, had 13 carries for 66 yards and a touchdown before leaving.

"Dalvin's a really explosive player," Zimmer said. "He has such great big-play ability. We'll have to look at things differently. If you lose a guy like him, you lose a lot of firepower."

Cook had taken a 10-yard carry up the middle of the field before trying to cut and evade a defender. He went down immediately after the cut, fumbling in the process, one of three second-half fumbles by the Vikings in the eventual 14-7 loss.

Cook was down on the field for a few minutes before walking off on his own. Moving slowly under the eye of trainer Eric Sugarman, Cook went to the sideline and continued to walk straight to the locker room.

"DC is a hell of a runner," Diggs said. "We also lose his mentality, the persona he brings to the team. We believe in him always. It sucks to see him go down, but we also got to have the next-man-up mentality because there's a whole lot of football left."

Cook was replaced by a combination of Latavius Murray and Jerick McKinnon. Murray, who signed with the Vikings as a free agent before they drafted Cook, had seven carries for 21 yards.

"I think I've got to be ready," Murray said. "Just like today, unfortunate things happen. So it's not about whether or not I'm ready or what rhythm I have; I need to be ready when my number is called."

For the Vikings, it's another blow to a team that dealt with the loss of quarterback Teddy Bridgewater to a devastating knee injury last season and Bradford's injury after a stellar opening week this season.

"Unfortunately, I'm getting used to it," Zimmer said.