Sept. 27 (UPI) -- Wide receiver Chris Thompson has been promoted from the practice squad to the Houston Texans' active roster.

Houston announced the move on Wednesday. The Texans also signed free agent inside linebacker Kennan Gilchrist to their practice squad. The Texans waived wide receiver Andy Jones from their active roster in a corresponding transaction.

Thompson played four years at Florida before entering the NFL as an undrafted free agent. He had 13 kickoff returns for 283 yards during his senior season for the Gators.

The Texans originally signed Thompson to their practice squad and claimed Jones off of waivers from the Jacksonville Jaguars on Sept. 3. Thompson was waived from the team's active roster on Sept. 2.

Jones was with the Texans in Week 1 and Week 3 but only logged one snap. He played last season for the Dallas Cowboys before being claimed off of waivers by the Texans. The Jacksonville University product had 2,120 yards and 17 scores on 144 receptions in college. He was on the Cowboys' practice squad last season.

Jones had seven catches for 61 yards this preseason for the Texans. He had six catches for 50 yards in four preseason games last year for the Cowboys.

Will Fuller, the Texans' first round pick in 2016, returned to practice last week and practiced again on Wednesday as he recovers from a broken collarbone. In addition to DeAndre Hopkins and Fuller, the Texans also have Braxton Miller, Bruce Ellington and Thompson at the position on their depth chart.

"I think that'll be something that we'll see [if Fuller is on track to play Sunday] starting on Wednesday, but I'm hearing some good things," Texans coach Bill O'Brien told reporters Monday.

The Texans host the Tennessee Titans at 1 p.m. Sunday at NRG Stadium in Houston.

NFL // 22 hours ago
NFL owners agree to expand playoff field to 14 teams
March 31 (UPI) -- NFL team owners voted to approve the expansion of the playoff field from 12 to 14 teams, starting with the 2020 season. 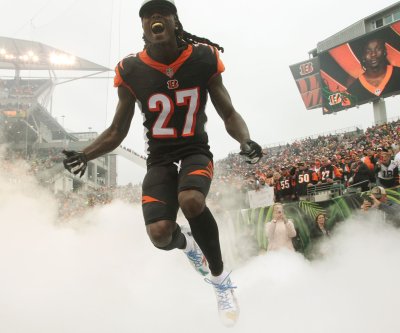