SERIES HISTORY: 135th regular-season meeting. 49ers lead series, 67-64-3. This game marks an intriguing, new chapter in a long NFC West rivalry. It is a generational family affair. John McVay, grandfather of new Rams coach Sean, was VP of the 49ers in the 1990s when Mike Shanahan, father of new 49ers head coach Kyle, was offensive coordinator in S.F. Earlier this year, Kyle interviewed three times for the Rams job, but bad weather canceled a fourth meeting. So, Sean took the job in L A. and Kyle in S.F. It's almost unfathomable this series is as close as it is considering the 49ers won 17 straight against the Rams during a span from 1990 through 1998 that covered Los Angeles and St. Louis. In fact, the 49ers have won three straight against the Rams.

KEYS TO THE GAME: These new coaches hope to create two teams of the future, although the Rams have a head-start with Jared Goff already in place, trying to prove he was worthy of last year's No. 1 pick as a franchise QB. He showed vast improvement at times in the first two games this season. His favorite target is rookie Cooper Kupp, but he must avoid forcing the ball. RB Todd Gurley seems to be playing back up to star status after a bad 2016.

The 49ers were booed off the field in their 23-3 home-opening loss to Carolina as impatient fans are paying exorbitant fees at Levi's and still have lingering daydreams of Montana and Young, but current QB Brian Hoyer, considered a place-holder until somebody better is found next year, has yet to throw a touchdown and has a passer rating of 60.7. Meanwhile, RB Carlos Hyde is their most consistent offensive weapon. Starting rookie linebacker Reuben Foster was in a walking boot Tuesday, SS Eric Reid (knee) is out and his replacement, Jaquiski Tartt (sore neck) practiced but is not 100 percent.

--Rams DT Aaron Donald vs. 49ers offensive line. Donald doesn't really take on a single blocker, but challenges several with quick moves, spins and a ridiculous hyperactive demeanor. He held out of training camp seeking a huge contract and, after playing his way into shape for two weeks, could be a load for the 49ers to handle in the run and pass.

-- Rams WR Cooper Kupp vs. 49ers pass defense. The rookie is validating stats from Eastern Washington where he became the most prolific receiver in FBS history, setting all-time records in receptions (428), receiving yards (6,464) and receiving touchdowns (73). Kupp should have ample room to operate as the 49ers defend WRs Sammy Watkins and Robert Woods.

PLAYER SPOTLIGHT: 49ers MLB NaVorro Bowman. A combination of throwback defender and medical miracle, Bowman will be staring down Rams RB Todd Gurley on most plays. Bowman was once as good as any NFL linebacker creating sideline-to-sideline mayhem and is still remarkable after multiple horrific injuries. He must fight the fight solo with run-stopping sidekick SS Eric Reid out of action. Bowman stamped himself ready for the challenge last week at Seattle, staying on the field for 81 of the 82 defensive snaps.

Aaron Donald, who played last week after holdout, leads all DTs with 28 sacks and 58 TFLs since entering NFL in 2014.

OLB Robert Quinn made 3.5 sacks and FF in 4 career meetings at SF

49ers quarterback Brian Hoyer passed for at least 300 yards in 4 of past 7 starts.

The 49ers will try to control game with running game to keep pressure off Hoyer and defense, but the Rams counter with a potentially great runner in Gurley and enough weapons to pass the ball against an injury-depleted defense. 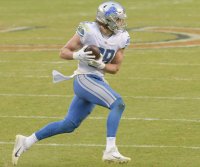