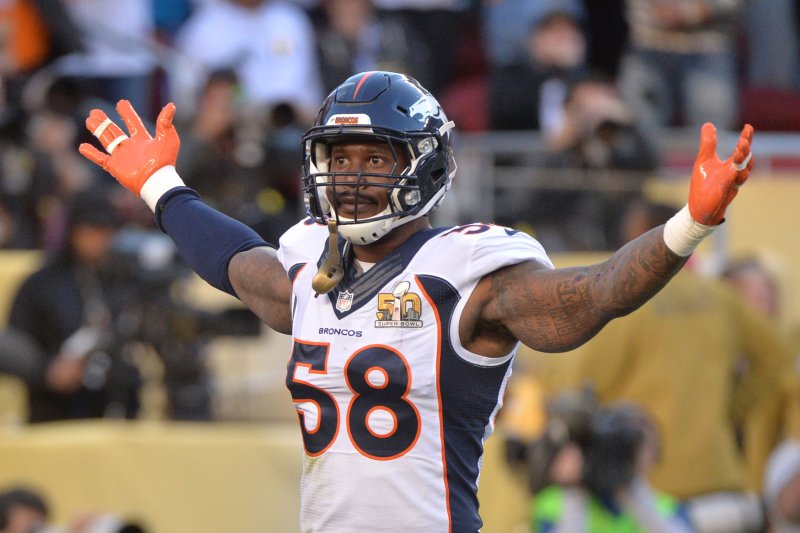 ENGLEWOOD, Colo. -- By the end of the third quarter Sunday, it was clear the Denver Broncos had done something that no one had done to the Dallas Cowboys since they drafted Ezekiel Elliott in 2016: They had made him and the Cowboys' running game a complete non-factor.

Frustration set in, to the point where Elliott simply stood in place after Broncos cornerback Chris Harris Jr. intercepted Dak Prescott's pass after the game got out of hand. Elliott was on his way to a career-low eight yards on nine carries -- 43 yards below his previous career-low figure, which came in his first pro game.

Prescott wound up throwing the football 50 times, and by the end of the Broncos' 42-17 win over Dallas, the Cowboys had run pass plays on 79 percent of their snaps.

That was hardly what they wanted considering that they came into Sunday 0-4 in Prescott's starts when they pass at least 60 percent of the time and undefeated when they run on at least 40 percent of their snaps.

"We loaded the box," Harris said. "We had everyone in there that we could possibly put in there. When we do that, that's what we expect from them. We don't expect them to give up an inch of (yardage). They were great for us, and we didn't allow them to get third-and-threes or third-and-fours. That's huge."

The Broncos could do that because they have a pair of All-Pro cornerbacks. Harris and Aqib Talib were able to cover Cole Beasley and Dez Bryant in man-to-man coverage, freeing the safeties and linebackers to attack the run and the heart of Dallas' offensive line.

Thus, it's doubtful that other teams can fully replicate what the Broncos did. But once again, Denver's defense showed its capability of defusing an elite unit, just like it tore apart Aaron Rodgers and Green Bay's passing game midway through the 2015 season and then-league MVP Cam Newton and Carolina's multifaceted offense in Super Bowl 50.

In those games, like Sunday against Dallas, the Broncos were underdogs. They spent the week hearing about the dominance of their foe. Then they went out and tore apart a unit thought to be the league's best at its craft.

"Zeke (Elliott) said it to the media, he said, 'We run four plays and you've got to stop them,'" said Broncos defensive end Derek Wolfe. "And we said, 'OK, challenge accepted,' and we won."

There are three key areas in which the Broncos can improve after two games.

The first is in pass protection, particularly at right tackle. While starter Menelik Watson has been a road grader as a run blocker, he has allowed six sacks, including one to Dallas' DeMarcus Lawrence that resulted in a fumble that led to a Dallas touchdown.

"Our pass protection is not there yet," Broncos head coach Vance Joseph said. "We're still working some kinks out there."

The second is in finishing off opponents. The Broncos let the Chargers back into their Week 1 game, as a 24-7 lead quickly evaporated into a tight 24-21 game thanks to a pair of giveaways.

The Broncos were never truly threatened by the Cowboys, but Dallas did sustain multiple drives in the fourth quarter.

"Finishing games is obviously coaching better and playing better," Joseph said. "It's tough to finish games when you're ahead because if you're too conservative, you allow teams to get back in the game. If you're too aggressive, you may turn the ball over. We have to develop a mentality where in the third and fourth quarter, if we're up, which is a good thing, we have to focus."

The third is connected to the first two -- it's giveaways. Four of the five touchdowns allowed by the Broncos this year came after turnovers set their opponents up inside Denver territory.

"It's been four turnovers, four touchdowns," Joseph said. "We have to fix that issue on both sides of the ball."

A few times in recent weeks, Broncos players have mentioned how quarterback Trevor Siemian's demeanor and presence reminds them of Peyton Manning.

But sometimes, that translates to the field. Early in the third quarter, with the Broncos facing third-and-6, Siemian made a pre-snap change, going to a shotgun handoff to C.J. Anderson.

Anderson galloped nine yards, the Broncos moved the chains, and they were off and running on what would become a 15-play, 75-yard drive that effectively broke the will of the Cowboys, putting them behind three scores, where they would stay for the rest of the game.

"The third-and-6 run check was something that (Manning) would have done," Anderson said. "He's definitely understanding the game a lot more."

Siemian has six touchdown passes in two games, tied for the second-most in Broncos history in the first two weeks of the season behind Manning, who had nine scoring tosses in the first two games of his record-breaking 2013 season.

Sieman's 106.9 rating is the eighth-best for a Broncos quarterback through two games, and the best for a Denver passer to start a season since Manning in 2014.

"If he plays that solid for us, we'll be hard to beat down the stretch," Broncos head coach Vance Joseph said.

NOTES: WR Bennie Fowler will be in the league-mandated post-concussion protocol after his head hit the ground hard as he tried to make a reception in the end zone during the second quarter. Fowler tried to walk back to the Broncos' sideline, but collided with a Broncos official while in an apparent daze from the concussion. ... LT Garett Bolles suffered a bone bruise in his leg and what was reported to be a high ankle sprain in the third quarter Sunday. He is expected to miss multiple weeks, but that forecast is far better than what was initially feared after he left Sunday's game on a cart. ... OLB Von Miller finished Sunday's game with two sacks after going without a sack in five consecutive games dating to last year. ... RB Devontae Booker's status remains up in the air as he completes his recovery from a fractured wrist suffered in March. Booker "has to get in football shape" before he returns, Broncos head coach Vance Joseph said. ... DE Zach Kerr did not play against the Cowboys as he continues to recover from a knee bruise suffered Aug. 26 against the Packers. With Kerr out, Kyle Peko was activated. ... DE Jared Crick was placed on injured reserve last Friday after undergoing disk surgery. Crick had been sidelined since Aug. 14 because of back spasms, practicing occasionally in the weeks that followed. A potential return later this season has not been ruled out. ... RB C.J. Anderson ranks second in the NFL with 199 rushing yards heading into Monday night's game. He is the first Broncos running back to rush for at least 180 yards in the first two weeks of the season since Travis Henry in 2007. ... QB Trevor Siemian ranks sixth in the league going into Monday night with a 106.9 passer rating. Siemian has 450 yards on 39-of-60 passing with six touchdowns and two interceptions.