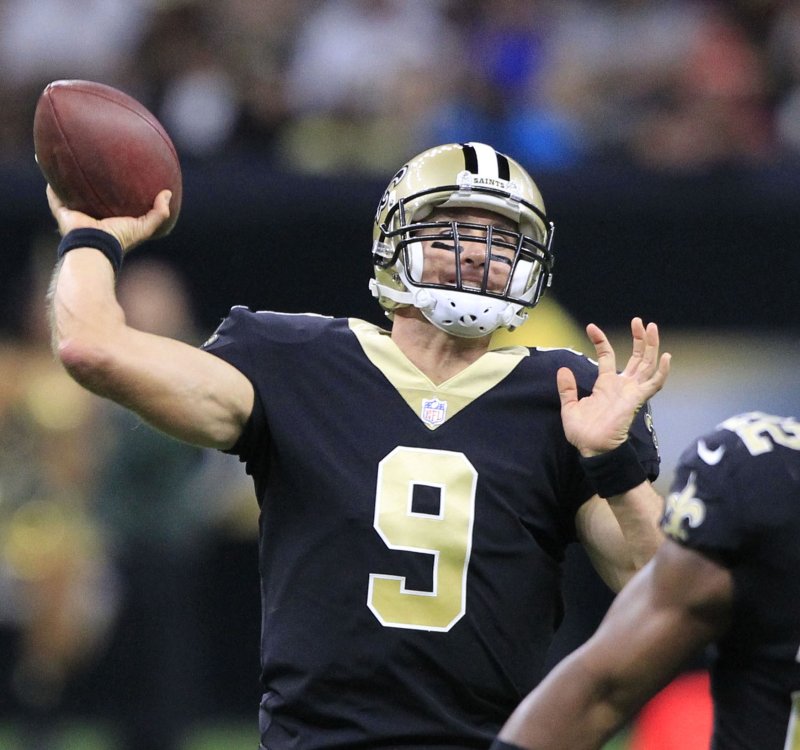 SERIES HISTORY: 29th regular-season meeting. Vikings lead series, 18-10. Vikings are 11-3 at home, but will be playing the Saints at U.S. Bank Stadium for the first time. The Saints have won the past three regular-season meetings and the past four overall. The last time these teams met in Minnesota, the Saints won 42-20 at the Metrodome late in the 2011 season. Drew Brees completed 32 of 40 passes for 412 yards, five touchdowns, no interceptions and a 149.2 pass rating before taking a seat early in the fourth quarter. The teams have met in the playoffs three times. The Vikings won the first two, but lost in the NFC title game in overtime at New Orleans in January 2010. The game also served as one of the primary examples that uncovered the Saints' infamous "Bountygate" scandal.

KEYS TO THE GAME: The Saints will try to find balance on an offense missing their starting left tackle and one of its top receivers while breaking in a new running back-by-committee approach. The biggest challenge will be to utilize Mark Ingram, Adrian Peterson and Alvin Kamara and establish a consistent run game against the Vikings' strong interior defense. When Drew Brees throws, he won't have his No. 2 returning receiver, Willie Snead, available because of suspension.

The Vikings have the superior defense, but they can't stay on the field all day with Drew Brees and all those Saints weapons. The revamped offensive line will have to start paying off immediately in first downs. It must open some holes for Dalvin Cook and Latavius Murray. That will put the play-action passes in play, which will allow Sam Bradford to showcase his accuracy down the field.

Defensively, the Vikings will need to absorb the fury that Peterson is sure to bring early on.

RELATED Carolina Panthers at San Francisco 49ers: Keys to the game, matchups to watch and prediction

--Saints RB Adrian Peterson vs. Vikings MLB Eric Kendricks. Kendricks has led the Vikings in tackles in each of his first two seasons. Peterson is a former All-Pro and league MVP who spent his first 10 seasons in Minnesota. Yes, Peterson is now a complementary player on Drew Brees' team. He's not even the starter or primary back at this point. But the Saints no doubt will try to take advantage of Peterson's power and sheer rage over playing his former team on their field on 'Monday Night Football.'

--Vikings OTs Riley Reiff and Mike Remmers vs. Saints DEs Alex Okafor and Cam Jordan. The Vikings signed Reiff and Remmers from the Lions and the Panthers to upgrade the running game and better protect Sam Bradford. The Saints signed Okafor to complement Jordan and upgrade the Saints' pass rush.

SAINTS NOTABLE ROOKIE: Cornerback Marshon Lattimore. The first of the Saints' two first-round draft choices, Lattimore will get a chance to have an impact right away in the absence of starter Delvin Breaux. Though unclear whether Lattimore will start, he will definitely get significant playing time as Breaux recovers from recent surgery on a broken fibula.

VIKINGS NOTABLE ROOKIE: Running back Dalvin Cook. Cook didn't have a wow preseason, but he was there every day, all summer, grinding and learning the offense while veteran Latavius Murray spent most of the offseason recovering from ankle surgery. Cook, a second-round draft pick, has the speed, quickness and versatility to be a factor in the run game and pass game.

FAST FACTS: New Orleans RB Adrian Peterson can reach 1,000 rushing yards in Week 1 games with 115 on Monday night. He would become the fifth player in NFL history to reach that milestone. ... The Saints have become slow starters in recent years, dropping seven consecutive September matchups. ... Minnesota used 12 starters on the offensive line last year, which helps explain how it went from 5-0 to 8-8 and out of the playoffs. For Monday night's game, it is expected to trot out three new starters and play a fourth player at a different position than the one at which he started in 2016.

PREDICTION: The Vikings have been fast starters under coach Mike Zimmer, a marked contrast from the opponent they face Monday night. Peterson will be primed to burn his former team, but trends suggest a Minnesota victory.

RELATED Arizona Cardinals at Detroit Lions: Keys to the game, matchups to watch and prediction