Indianapolis Colts wide receiver Phillip Dorsett celebrates a touchdown in their match against the Jacksonville Jaguars on October 2 at Wembley Stadium in London. File photo by Hugo Philpott/UPI. | License Photo

New England Patriots Bill Belichick watches his team from the sideline in the fourth quarter of a preseason game against the New York Giants Thursday at Gillette Stadium in Foxborough, Mass. Photo by Matthew Healey/ UPI | License Photo

Indianapolis and New England announced the move on Saturday.

Saturday is NFL cut down day, meaning teams must take their 90 man rosters down to 53 players.

Brissett, 23, completed 34-of-55 passes for 400 yards in three games last season for New England. He started twice, posting a 1-1 record. While he didn't throw a touchdown or an interception, he did have 83 rushing yards and a rushing score on 16 carries. He was the third-string option in New England.

Brissett was a third round pick in the 2016 NFL Draft.

"I would say, again, the odds are most likely he [Luck] probably won't open up against the Rams," Irsay told reporters, according to the team website.

"But let me be clear about it -- in our minds, it's something that we haven't ruled out. We're going to see where he's at. It would be awesome [if he can play]. We're not talking Willis Reed or something like that. [Luck] is a young guy, 12 to 14 to 16, maybe 18 years, I don't know, going forward [with the Colts]. The longer the better, in my opinion."

Scott Tolzien is currently in line to start in the event of Luck's absence. New England has Brandin Cooks, Danny Amendola, Chris Hogan and Malcolm Mitchell on its depth chart at wide receiver.

It's too early to tell exactly how Dorsett will be used in New England, but he is worth a late-round dart throw for your fantasy football team in your draft. He is likely a low-end WR 3 option this season in deeper leagues.

The Patriots and Colts don't play each other during the regular season. 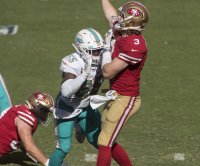 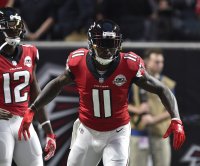