Jim Brown on Colin Kaepernick: 'I don't desecrate my flag and my national anthem' 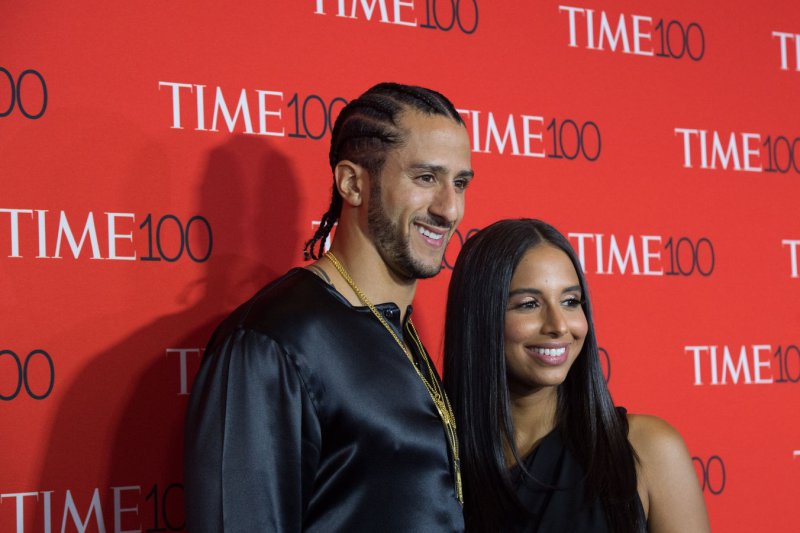 Aug. 25 (UPI) -- Football legend Jim Brown says Colin Kaepernick needs to make up his mind if he wants to be an activist or a football player.

Kaepernick began his protests against police brutality last season by kneeling during the national anthem when he was a member of the San Francisco 49ers. He has since hit free agency, but has yet to sign with another team.

On Wednesday, more than 1,000 people met around the NFL's midtown Manhattan offices in support of Kaepernick. The quarterback later thanked his supporters on Twitter.

.@JimBrownNFL32 gives us the 'real deal' on @Kaepernick7, flag, anthem and being an activist. pic.twitter.com/MMcLX3dteb

Brown, 81, spoke to ThePostGame Thursday about the former 49ers quarterback.

"Colin has to make up his make up his mind whether he is truly an activist or whether he is a football player," Brown told the Post Game. "If you try to be both, in a situation ... football is commercial. You have owners. You have fans and you want to honor that, if you are making that kind of money."

"If you have a cause, I think you should organize it and present it in a manner where it's not only you standing or sitting on one knee, but a lot of people that are going to get behind each other and do something about it."

"If I ask you one question: Who is Colin calling on to follow what he's talking about? So many of us have always done it and we're here to help anyone that wants to do it. But I would advise him, if you are a football player, play football. If you are going to be a real activist, use your money, use your notoriety. I didn't want to make it this long but it does have meaning to me."

"I think that I want to be in his corner. I do think God bless him, but that's not my leadership."

"I think we are always an activist and a football player, but I think you have to understand that there is intelligence that is involved. I can't be two things at once that contradict each other. If I sign for money, then the people I sign with, they have rules and regulations."

"Cyrus is a fighter," Brown said in the statement. "He knows how to battle, and he knows how to win. He has done so for 15 years leveling the playing field for minority coaches and front office executives. He knows labor law and he knows the NFL community. This is a critical time for NFL players. They are in a bad deal and the chance for a better deal is around the corner with the next CBA negotiation. The NFLPA needs a change at the top before that negotiation. Cyrus is the man for the job."

Mehri, the creator of the Rooney Rule, announced his candidacy for the job Tuesday on HBO's Real Sports. DeMaurice Smith has held the role since 2009.