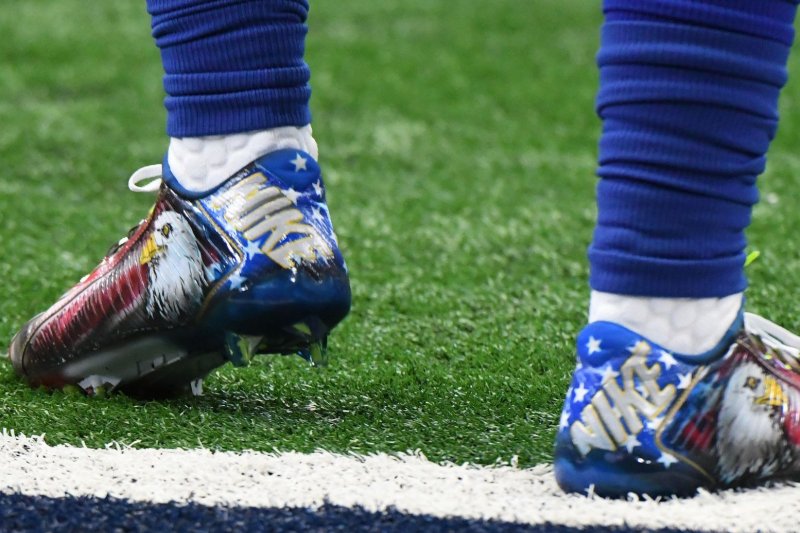 Aug. 24 (UPI) -- New York Giants wide receiver Odell Beckham Jr. needs to take his time returning from an ankle injury, according to one of the city's top orthopedic surgeons.

Beckham exited the Giants' second preseason game on Monday after taking a hit from Cleveland Browns cornerback Briean Boddy-Calhoun. The wide receiver took the hit to his left leg on the play, while his cleat stuck in the ground and leg folded under his body. Beckham limped off of the field and later went to the ground in the hallway under the stadium, appearing to be in significant pain.

The Giants have announced that Beckham suffered a sprained ankle on the play, but have not revealed if it was a low or high ankle sprain. He has been cleared of the concussion protocol and X-rays came back negative on the ankle.

WATCH: @OBJ_3 with the latest on his injury pic.twitter.com/YCxGm7ySnd

Tehrany said he knew immediately that Beckham had suffered some type of ankle sprain after seeing the hit.

"Beckham is very lucky that this injury is not more serious than what it is," Tehrany said. "He could have had an ankle fracture or cartilage injury or knee injury requiring surgery."

Beckham said Monday that he thought he would "be alright" when asked if he would be ready for the Giants' Week 1 contest against the Dallas Cowboys on September 10 at AT&T Stadium.

Sources told ESPN Wednesday that Beckham could potentially miss the game against the Giants' NFC East rivals. Those sources also said he could miss the Giants' second game.

"Ankle sprains can take anywhere from 1-12 weeks to resolve depending on severity and location," Tehrany told UPI. "Rehab will include RICE [rest, ice, compression, elevation] and strengthening of the surrounding soft tissues."

Tehrany said Beckham could suffer a setback if he returns too quickly or reinjures the ankle soon after he returns.

A high ankle sprain involves damage to a different area of the ankle anatomy than a low ankle sprain, according to Tehrany.

"Specifically the syndesmotic ligaments versus basic ligaments of the ankle joint," he said.

If Beckham misses the Giants' Week 2 game against the Detroit Lions that would give him a litte more than four weeks to recover, about a third of the timeframe Tehrany suggested it can take to recover from an ankle sprain.

Coach Ben McAdoo told reporters Thursday that Beckham is working through treatment and the Giants will see how he responds to it Friday.