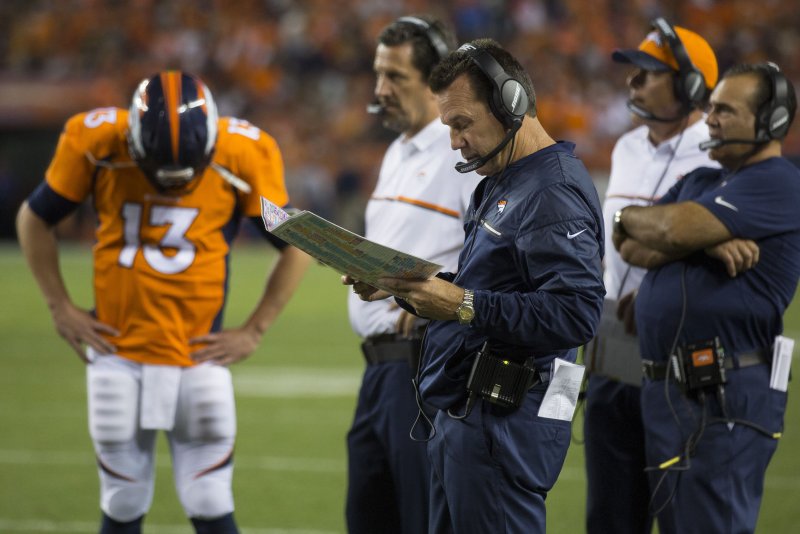 Does that mean that Siemian is ahead of Paxton Lynch in their summer-long derby to be the team's Week 1 starting quarterback?

Siemian is starting the Bears game because it's his turn, Joseph said, emphasizing that nothing more should be read into the move than that. Siemian had the initial first-team repetitions of OTAs and training camp, and will start the preseason opener for that reason.

"He's been first out all spring and all training camp. I think Trevor has earned that much, to be the first guy out," Joseph said.

By extension, Lynch will start the second preseason game against San Francisco.

And that means the Broncos' quarterback competition is guaranteed to extend into at least the second week of the preseason for a second consecutive year.

In that fateful second preseason game of 2016 -- also against the 49ers -- Siemian was steady, while Mark Sanchez was a fountain of fumbles, continuing the turnover trend he established in training camp. Then-coach Gary Kubiak announced Siemian as the Week 1 starter shortly after that, and Sanchez was soon released.

A similar fate will not await whichever quarterback loses this year. But the competition is starting to lead to rampant speculation.

Both quarterbacks threw interceptions -- Siemian in a team period when intended receiver Jordan Taylor fell down, Lynch in a one-on-one period. Siemian was steadier and had a better completion percentage.

The reality of the day-to-day back-and-forth contrasts with a Yahoo! report that asserted that Siemian was ahead of Lynch "basically by default," and that Lynch had "lost every single practice session to Siemian."

Siemian has been more consistent, but Lynch often has the best single pass play of each day. And Joseph often makes a point of noting what Lynch does right; after the scrimmage on Saturday, he pointed out that a 14-yard pass from Lynch to wide receiver Kalif Raymond was wiped out by a penalty on Donald Stephenson, who shoved a defender in the back after the play on the other side of the field.

The picture is hazy. Perhaps preseason games will clear it up.