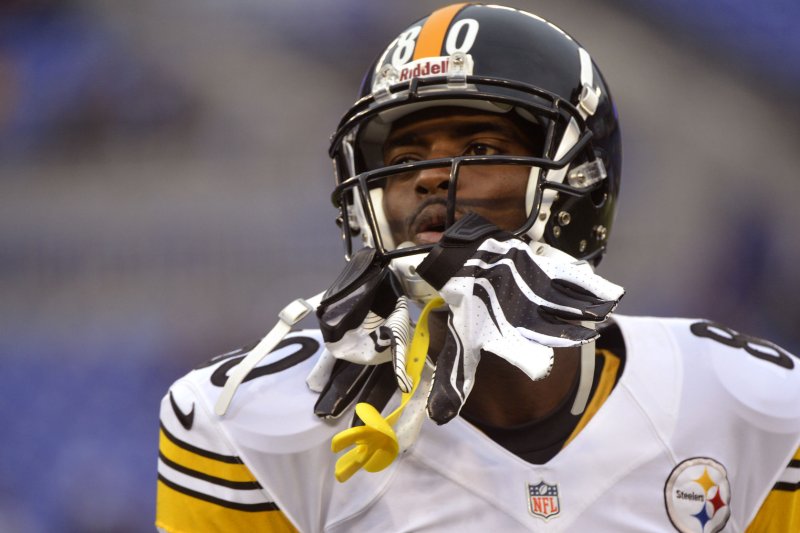 July 22 (UPI) -- The Arizona Cardinals have a new wide receiver at training camp this year as Plaxico Burress was hired as a coaching intern.

Arizona reported to camp Friday at University of Phoenix Stadium. Burress was also in Glendale, according to multiple reports.

Cardinals coach Bruce Arians worked with Burress when he was his wide receivers coach with the Pittsburgh Steelers. Burress, 39, played his last season in 2012. The 6-foot-5, 226 pound playmaker was the No. 8 overall pick in the 2000 NFL Draft. Burress played the first six years of his career for the Steelers before joining the New York Giants in 2005. He finished his career with the New York Jets and Steelers.

The Michigan State product won a championship in 2008 with the Giants, beating the New England Patriots 17-14 in Super Bowl XLII. Burress had four seasons with at least 1,000 receiving yards. He scored 10 touchdowns in 2006 and 12 touchdowns in 2007 for the Giants.

Burress spent 18 months in prison, on weapons charges, before being released in 2011. He was also injured from a self-inflicted gunshot wound during the 2008 incident and missed two NFL seasons.

This isn't the first time Arians has called up a former player to help out. The Cardinals also brought in several other former players as coaching interns this offseason.

Plaxico Burress is out at today's #AZCardinals run test. He overlapped Arians briefly in Pittsburgh. pic.twitter.com/MBjxlM1Xxw

Cardinals quarterback coach and former Jacksonville Jaguars passer Byron Leftwich as an intern in 2016 before he assumed his current role in January. Leftwich had a 10-year NFL career. He was also with the Steelers and Arians in 2008 and 2010. Pittsburgh won a Super Bowl in 2009.

Arizona has their first practice on Saturday, followed by 18 other sessions open to the public.