Mitchell Trubisky poses for photographs with NFL Commissioner Roger Goodell after being selected by the Chicago Bears as the second overall pick in the 2017 NFL Draft at the NFL Draft Theater in Philadelphia, PA on April 27, 2017. File photo by Derik Hamilton/UPI | License Photo

In the Chicago Bears' case, it's been a good deal longer and they still appear nowhere near waking from the nightmare of three straight last-place finishes in the NFC North.

"I think we're the furthest along that we've been, at least in our tenure here," Bears coach John Fox said.

Yet, it would appear any headway made is nowhere near enough.

Time will be the Bears' biggest opponent in training camp because so many of the players are add-ons since their injury-plagued 2016 season. And most of those are at positions where continuity means everything -- quarterback, wide receiver and the secondary.

The Bears are like a first-year rebuilding program, but they're in their third year of the rebuild.

"I think just that we're improving," Fox said. "Guys are playing faster. They're executing better -- individual assignments. This is the ultimate team game, 11 guys doing it right and doing it together. That's really the key in all three phases, in offense, defense and special team."

None of the four quarterbacks were with the team when the 2016 regular season started, and only fourth-stringer Connor Shaw had experience in the offense. For starter Mike Glennon, backup Mitch Trubisky and veteran Mark Sanchez, training camp will be one gigantic cram session, following the same thing at OTAs at minicamp.

As Glennon put it during OTAs, whenever he runs a play in practice it most often is the first time he's done it.

"I think there's going to be good days and bad days," Glennon said. "There's a lot of moving parts, but overall there's been a lot of growth.

"I know I'm more comfortable than when I started and I think the receivers would say that. I'm just saying that as an offense we have to continue to grow, and I think that's across the league. Everyone's working their way into training camp and then ultimately into the season."

Many of the receivers are no more experienced in the offense than the quarterbacks. Victor Cruz, Kendall Wright and Markus Wheaton must quickly master the offense and build a rapport with the quarterbacks. Cameron Meredith is back, but missed virtually all of OTAs and minicamp so he's not familiar with the QBs. Tight ends Adam Shaheen and Dion Sims are new to the team, and the only holdover tight end is Zach Miller, who missed all offseason rehabbing from a foot injury.

"Everyone's new, so it's just getting more and more comfortable with each other," Glennon said. "It's making sure we're on the same page and just executing at a high level."

At least Glennon finds aspects of the offense suited to his game. Some are more conducive to his strengths than the attack he came from in Tampa.

"I think it's a little bit different philosophies," Glennon said. "In Tampa they're more about hitting explosive plays, throwing the ball down the field; where here, (it's) like more about getting completions, quick game, just more multiple, nakeds, boots, play-action, dropbacks. It's got it all."

The defense, under coordinator Vic Fangio, will arrive at camp trying simply to avoid the trainer's room, where any hopes for success ended last season.

Only in the secondary do they have the continuity problems similar to those plaguing their offense's passing attack, and key additions Quintin Demps and Prince Amukamara are veterans with an ability to quickly adapt.

"The strengths are knowing and understanding what everybody is doing and then being able to play fast," linebacker Willie Young said. "The pass rush is going to help the DBs. We've got some good new DBs back there. So we're just able to fly around out there.

"Being able to fly around is our biggest strength. We've got a lot of speed out there. So we can have some fun."

The defense should have only one or two different starters, the offense could have as many as five or six.

"I think we like each and every position on this team right now," Young said.

The defense was ahead of the offense throughout OTAs and minicamp, and Fox anticipates it will be the same early in training camp.

The problem for the Bears is not many of the other 31 started in a hole so deep, and with the final year of their coaching staffs' contracts looming. 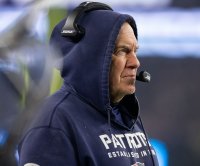 NFL // 7 hours ago
Patriots rely on running game, weather to beat Bills
Dec. 7 (UPI) -- The New England Patriots leaned on their running game and defense to combat windy weather, piling up 222 rushing yards on 46 carries to beat the Buffalo Bills in a low-scoring matchup in Orchard Park, N.Y. 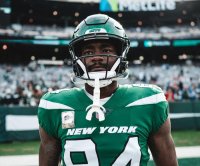