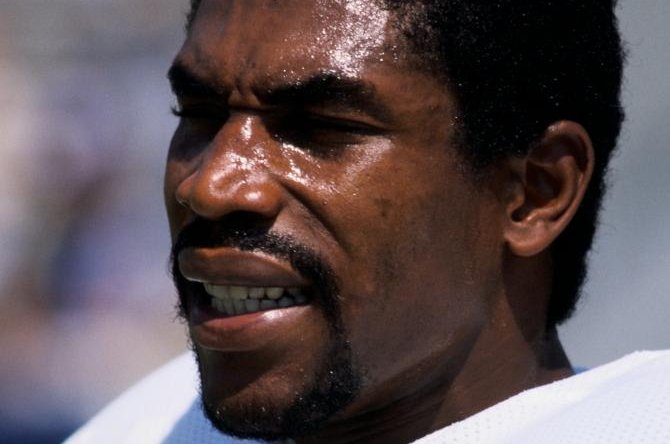 May 22 (UPI) -- Cornerback Raymond Clayborn was announced Monday as the 26th person inducted into the New England Patriots' Hall of Fame.

Clayborn, 62, was a three-time Pro Bowler who played the first 13 years of his career for the Patriots. He was the No. 16 overall pick in the 1977 NFL Draft out of the University of Texas. He held the franchise record for interceptions (36) until Ty Law tied the mark in 2004. His 555 interception return yards are second in Patriots history to Law's 583. Clayborn was also an excellent kick returner, taking 57 kickoffs back for 869 yards and three scores. During his rookie year in 1977, Clayborn led the NFL with 31 yards per kickoff return. He also had all of his three returns for scores during that season.

"I was fortunate to be a season ticket holder during Raymond's entire Patriots career," Patriots chairman and CEO Robert Kraft said in a team statement. "For the first half of his career, he teamed with Michael Haynes to form one of the best corner tandems in league history. Throughout his career, Raymond was a physical, shutdown corner."

"One of my favorite memories was watching the 1985 team advance to the Super Bowl after Raymond helped us break the Orange Bowl curse when he stymied future Hall of Fame quarterback Dan Marino with a dominant performance against Pro Bowl receivers Mark Duper and Mark Clayton," Craft said.

"Raymond had six passes defensed and an interception to help us claim our first conference title," Craft said. "It was the greatest upset victory in franchise history at the time and one the entire New England region celebrated. It is a well-deserved honor and I look forward to presenting him his hall of fame jacket."

Clayborn was a member of the Patriots' 1970 and 1980 all-decade teams. He set a franchise record by playing in 161 consecutive games. The Patriots have inducted at least one player into its Hall of Fame every year since 2007. After nominations, a committee votes and the top three vote getters are that year's finalists. The franchise then lets fans vote online for the final selection. The finalists this year were Clayborn, defensive lineman Richard Seymour and linebacker Mike Vrabel. Running back Kevin Faulk was inducted last year. Willie McGinest and Houston Antwine were inducted in 2015.

"It's not a mistake, did I hear you say I made the Hall of Fame for the Patriots?," Clayborn asked Craft when he called to make the announcement. "That's real cool. It's an honor. I remember my time up there. I believe I had my best times when I was playing in Schaefer and then Sullivan Stadium. It was a lot of fun."