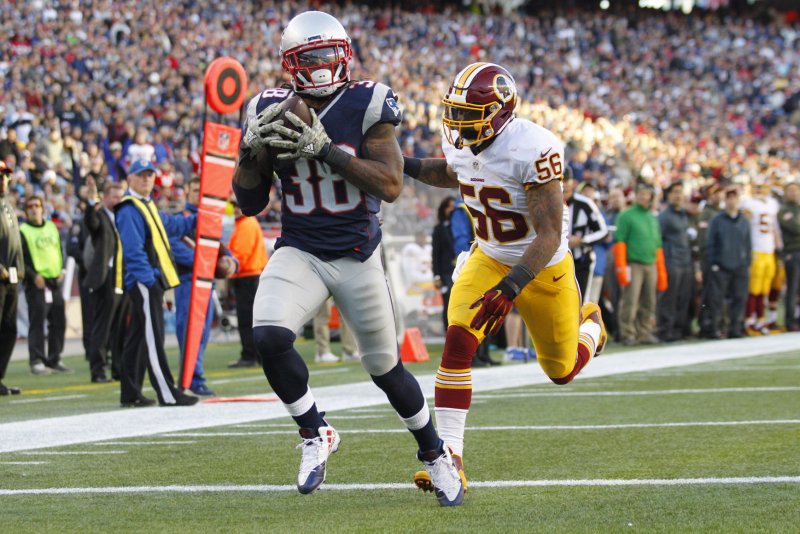 April 9 (UPI) -- With Dion Lewis, James White and Rex Burkhead on the New England Patriots' roster, Brandon Bolden isn't a sure thing to make the team.

The 27-year-old running back signed a one-year deal for $855,000 on April 5. His new pact includes just $50,000 guaranteed. Bolden totaled 19 yards from scrimmage last season, with just one rush for four yards on the ground.

The five-year NFL veteran has played every season of his career for the Patriots and won two Super Bowls with the franchise.

ESPN reported the signing Friday, saying that Bolden will "have to earn a roster spot." In a separate report, ESPN stated that Bolden will "face longer odds" at making the cut this season. The Patriots could also decide to bring back LeGarrette Blount, who currently has a new contract offer on the table.

NFL // 9 hours ago
NFL Draft: Dolphins, Panthers, Giants among teams linked to trading back
MIAMI, April 22 (UPI) -- The Miami Dolphins, Carolina Panthers and New York Giants are among the teams linked to potential trades down from their current slots in the first round of the 2021 NFL Draft.