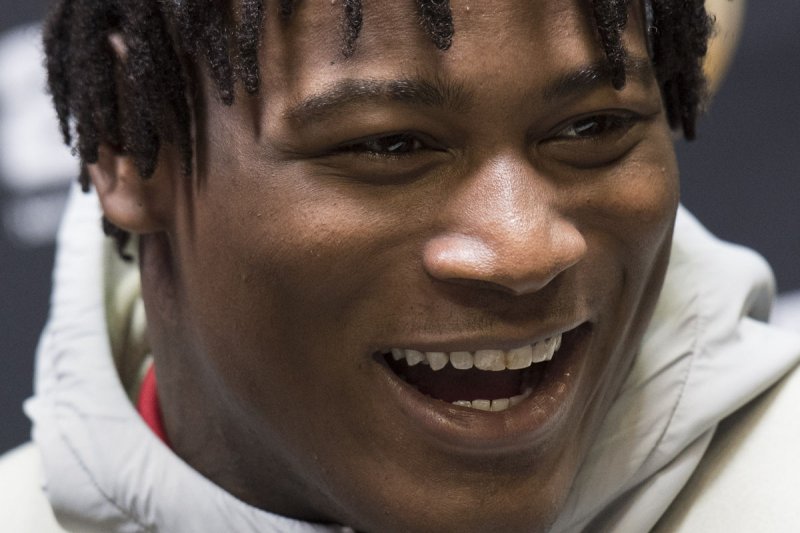 March 6 (UPI) -- Former Alabama linebacker Reuben Foster will be available this week to meet with NFL coaches and scouts to explain his early dismissal from the Scouting Combine in Indianapolis.

Foster, a consensus first-round projection in the 2017 NFL Draft next month, sent a letter to NFL teams apologizing for the incident that led to his ouster, according to NFL Network and confirmed by ESPN on Sunday.

Foster was sent home from the combine on Friday prior to team interviews and testing after what was described as a "heated argument" with a hospital worker. He reportedly grew tired of a wait at the hospital during his medical examination.

Foster will make himself available to meet with NFL teams for three hours on Tuesday.

In a letter his agent sent to all 32 NFL clubs, Foster said he understands combine participation is a "privilege and an honor," and invited coaches and scouts to speak with him at the Alabama football building the day before the Crimson Tide's Pro Day in Tuscaloosa.

Foster is recovering from recent rotator cuff surgery in his right shoulder and was not scheduled to participate in drills at the combine.

Foster played down the combine incident in a live Instagram video posted Saturday.

"Y'all, stop asking me what happened, for real," Foster said on the video. "Nothing happened."

Foster said he will be out of the sling in a week.

"Everything ain't perfect," Foster said in the video. "I'm good. I just have to think. I just had to sit back and relax and think about what I really want."

Foster, the SEC Defensive Player of the Year and Butkus Award winner as the nation's top linebacker, was the first true linebacker selected in each of CBSSports.com's mock drafts and the No. 7 overall prospect on NFLDraftScout.com's board.

Starting for the second season of his college career in 2016, Foster immediately erased concerns as to how Alabama might replace last year's leader, SEC Defensive Player of the Year Reggie Ragland, recording 115 tackles, including 13 tackles for losses and five sacks.