The Minnesota Vikings are taking a close look at running back draft prospects at the NFL Combine after not exercising its team option for Adrian Peterson for the 2017 season. Photo by Art Foxall/UPI | License Photo

INDIANAPOLIS -- The greatest running back in Minnesota Vikings history is looking for a new team. The Vikings are looking for someone better at this point.

Adrian Peterson, who turns 32 later this month, was told by general manager Rick Spielman on Tuesday that the team will not exercise its team option for the 2017 season.

Peterson will become an unrestricted free agent on March 9, while Vikings General Manager Rick Spielman turns his eyes toward selecting a younger, more versatile replacement in a draft class of running backs he has called, "the best I've ever seen."

After 10 seasons together, the breakup was expected long ago because Peterson was due to make $18 million. Knee surgery and a groin injury limited him to a career-low 1.9 yards per carry in only three games last season.

Both sides left the door open to reunite after meeting before the combine. But you'd be lucky to slip a piece of paper through that door opening.

The Vikings are looking for a younger player with better skills in the passing game, while Peterson is unlikely to even consider returning at a heavily discounted salary and a reduced role.

"It's been a great 10 years with the Minnesota Vikings," Peterson told ESPN on Tuesday. "The door is still open to find some common ground. I understand addressing the offensive line is one of their main priorities this offseason. In the meantime, I will explore my other options and see what path God leads me on."

Spielman wouldn't guess Peterson's market value, nor reveal what the Vikings would pay to bring him back.

But he didn't hide his excitement about the number of draft prospects he believes could fit what the Vikings will do as they transition to more of a pass-oriented system with quarterback Sam Bradford and offensive coordinator Pat Shurmur heading into their first full season together in Minnesota.

"I don't remember this amount of running backs coming out," Spielman said. "We just got out of our draft meetings, and there's a significant amount of talent at that position. And to be honest with you, I can't remember a year where the draft class at running back is this deep."

The Vikings have only two backs on their roster: Jerick McKinnon, a smaller back with third-down skills, and C.J. Ham, who didn't play in the regular season after going undrafted from Augustana (S.D.) University a year ago.

Spielman isn't expected to pursue any running backs in free agency. If Peterson were to accept a one-year, team-friendly deal, Spielman most likely would still draft a running back for the future.

It's hard to picture Peterson's pride allowing him to accept that sort of scenario. Toward the end of last season, he was still taking the stance that he deserved $18 million and could still play another five to seven years at a high level.

It also wasn't long ago when Peterson and his agent were trying publicly to force their way out of Minnesota after Peterson missed the final 15 games of the 2014 season as he dealt with the fallout of child-abuse charges.

Things got ugly and feelings were hurt, but the two sides put that behind them after the Vikings stood firm and kept Peterson under contract. He responded by leading the league in rushing in 2015.

That earned him another big-money season for 2016. But injuries and age felled Peterson last season and likely closed the door on his Vikings career forever.

Peterson will exit with 11,747 rushing yards -- 16th best in NFL history -- and 102 total touchdowns. Unfortunately for both sides, he'll also exit with only one playoff victory in 10 seasons.

--General Manager Rick Spielman bet the local beat writers a dollar that the first question thrown to him at his podium interview at the scouting combine would be about the team's decision not to pick up the final year of Adrian Peterson's contract.

But he did gain a solid quarterback who played surprisingly well against steep odds.

Bradford set the NFL record for completion percentage in a season after arriving via trade eight days before the opener, taking over as the starter in Week 2, surviving offensive coordinator Norv Turner's resignation on Nov. 2, and playing behind an injury-ravaged line that had to use 12 different players.

"We're very excited about what Sam was able to accomplish last year," Spielman said. "I know that him coming in eight days before the season to learn a whole new system that he's never worked in before, to have the coordinator change (from Turner to Pat Shurmur) halfway through the season, for us not being able to run the ball as well as we have in the past, probably not protecting him as well as we needed to protect him.

The Vikings made the trade four days after losing Teddy Bridgewater, their presumed quarterback of the future, to a freak knee injury during a non-contact drill in practice.

Bridgewater sustained torn ligaments and a dislocation of his left knee. His status for the 2017 season is still up in the air, but the Vikings already have announced Bradford as its starter heading into this season.

--There has been more shuffling on Mike Zimmer's coaching staff this offseason than at any other point since Zimmer arrived in 2014.

Pat Shurmur, who took over as interim offensive coordinator when Norv Turner resigned last Nov. 2, had the interim tag removed.

Then the split with Turner was made complete when Scott Turner, Norv's son, was fired as quarterbacks coach.

Kevin Stefanski, who has been on staff since Brad Childress' first year in 2006, took over the quarterbacks, moving from running backs a year ago. In his time with the Vikings, Stefanski also has coached tight ends and been an assistant quarterbacks coach.

Kennedy Polamalu, a 25-year coaching veteran, takes over the running backs job after spending last season as UCLA's offensive coordinator. Polamalu coached running backs in Cleveland in 2004 and Jacksonville from 2005 to 2009.

Clancy Barone, a 31-year coaching veteran, takes over Shurmur's tight ends job after spending the past eight years with the Denver Broncos. 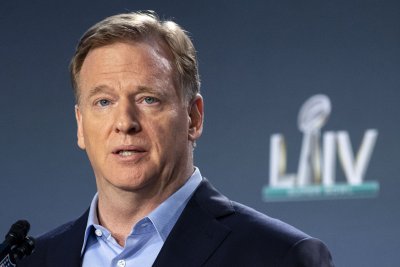