The Jacksonville Jaguars re-signed fourth-year defensive tackle Abry Jones to a four-year contract on Wednesday before he could enter unrestricted free agency.

The deal for the 25-year-old Jones is worth $16 million and includes a guarantee of $6.5 million, according to multiple reports.

"I'm excited to be back with the Jaguars after earning a spot on the team four years ago," Jones said in a statement released by the team. "Coach (Todd) Wash has believed in me since day one and I'm looking forward to what the future holds with him continuing as my defensive coordinator. I'm also glad to be back with my teammates and we're even hungrier this year to improve as a unit and as a team. I'm going to celebrate this incredible opportunity with my family and friends and then it's time to get back to work."

The 6-foot-4, 318-pound Jones has appeared in 54 games with 11 starts since originally signing with the Jaguars as an undrafted rookie free agent in 2013 out of Georgia. Jones owns 96 total tackles, 5.5 sacks, 10 tackles for loss and four passes defensed. In 2016, Jones started a career-high nine games and finished with 32 tackles.

"Abry is an example of a player who has taken advantage of every practice and every snap and we are pleased to have him back in a Jaguars uniform in 2017," Jaguars general manager Dave Caldwell said. "He is a tough, versatile player who brings a lot of value and flexibility to our defensive line. When Abry stepped in as the starter this season, he made an immediate impact and attacked the role head-on. He has earned everything he has achieved since joining the team as a UDFA (undrafted free agent) in 2013 and he continues to improve each season. We are excited for him and his family to enjoy this moment and we look forward to his continued success moving forward."

In a conference call with reporters on Wednesday, Jones said "I knew I wanted to come back here from the get-go" instead of testing free agency.

Henne signed a two-year deal worth $8.8 million prior to last season and was carrying a cap number of $3.25 million for 2017 before the team reworked his contract.

A veteran of nine seasons, Henne has served as the backup to Blake Bortles for the past three seasons. Henne started 13 games for Jacksonville in 2013 but appeared in only one game last season and did not attempt a pass.

Henne, 31, owns an 18-35 career record as a starting quarterback. The former second-round pick of Miami (2008) has 58 career touchdown passes against 63 interceptions.

Benn, a former second-round draft pick of Tampa Bay in 2010, appeared in 15 games for the Jaguars and caught five passes for 116 yards and one touchdown. Injuries kept him off the field the previous three seasons. 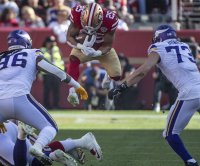 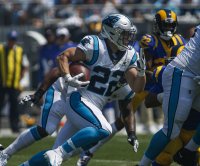 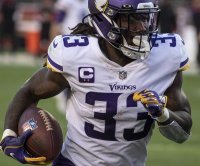