Green Bay Packers inside linebacker Clay Matthews (52) has played with a separated left shoulder the last two-plus games but appears to be progressing well as he gets ready to play Sunday at Chicago. File Photo by David Tulis/UPI | License Photo

SERIES HISTORY: 192nd regular-season meeting. Bears lead series, 93-92-6. The Packers are bidding for a sweep of the season series with their oldest rival for the second time in three years and the fourth time in the last six. Green Bay prevailed 26-10 in a Thursday night game at Lambeau Field on Oct. 20. The Packers have won the last six games at Soldier Field. The streak started with a 21-14 triumph in the NFC Championship Game during the 2010 season.

Pass the hot cocoa, toss another log on the fire and warm up the running game. Weather forecasts call for zero to minus-15 degrees, with a 13-mph wind making it possibly the coldest Bears home game ever.

Alshon Jeffery caught just three passes for 33 yards in the first meeting this season, but he returns from a four-game suspension as the potential game-breaker the Bears' offense couldn't find without him.

QB Matt Barkley makes his fourth start and production has been steady, surely a notch above average, even though injuries and Jeffery's suspension left the Bears with a band of backups at wide receiver.

The Packers looked healthier in the secondary last week, picking off five Russell Wilson passes and pounded the Seahawks at snowy Lambeau Field.

More Midwestern winter madness is in the forecast, and Barkley is untested in the elements.

That's not true of the Packers, who have caught fire offensively, with QB Aaron Rodgers putting up big numbers while nursing calf and hamstring strains. He won't necessarily like the game-time temps.

Rodgers completed 39 of 56 for 326 yards and three touchdowns in the first meeting, and the play of Chicago's safeties has defensive coordinator Vic Fangio nervous about what's to come Sunday. Fangio has shuffled the deck in the secondary and used Adrian Amos in the second half last week after more play he considered "not good enough."

If the weather mimics the Ice Bowl, the Packers will want to churn more from their suspect rushing attack, and coach Mike McCarthy said he's ready to get WR-RB Ty Montgomery more looks out of the backfield.

The Packers have won 14 of the 18 games started by Rodgers against the Bears, during which his passer rating is a solid 104.1. In his last five outings against them, Rodgers has shredded the Bears for 1,334 yards and 17 touchdowns, with only one interception, while completing 67 percent of his passes.

--Packers OTs David Bakhtiari and Bryan Bulaga vs. Bears pass rushers Leonard Floyd, Willie Young, Akiem Hicks and Pernell McPhee. Floyd's strip sack against Rodgers and recovery in the end zone for a touchdown put Chicago ahead 10-6 in the second half of the Oct. 20 meeting. Floyd, the ninth overall pick in the 2016 draft, accounted for each of the Bears' sacks of Rodgers. Bakhtiari and Bulaga have been stout bookend protectors for Rodgers, who has been sacked only 26 times in 13 games and just twice during Green Bay's three-game winning streak.

--Bears WRs Alshon Jeffery, Cameron Meredith and Josh Bellamy vs. Packers secondary. In the October game, Jeffery was targeted 11 times and his long gain in three catches went for 11 yards. Bellamy had Chicago's only explosive play among its receiver corps with a 25-yard reception, and the Packers held Meredith to one catch for 12 yards.

Packers WR-RB Ty Montgomery. Without Eddie Lacy (IR) and James Starks (concussion) uncertain for Sunday, the Packers are scraping to generate consistent gains from a rotation of running backs that includes Montgomery, a player the Bears scouted in great depth two years ago and know well from head-to-head showdowns. "He played a lot of Wildcat quarterback at Stanford. He's a big guy. He's not your normal looking receiver," Fangio said. "He's 220-some pounds and he's more built like a running back so I don't think it's as foreign to him to go back there and become a running back as it would for most receivers."

Packers LB Clay Matthews appears to be progressing well as he gets ready to play Sunday at Chicago. The defensive standout has played with a separated left shoulder the last two-plus games. He was limited to 24 snaps as a situational contributor in the rout of the Seahawks last Sunday.

The elements are likely to be a factor with blizzard-like conditions Saturday and chilly weather behind it, plotlines that beg for a low-scoring game. But Aaron Rodgers owns the Bears and doesn't mind the wind and frosty air. We like the Packers to hang another loss on Chicago despite a limiting running game. 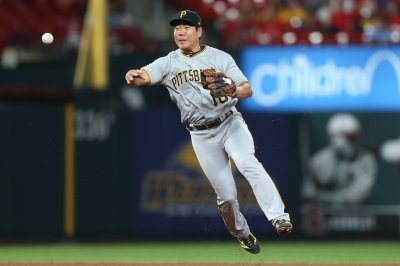