Detroit Lions quarterback Matthew Stafford didn't know he injured the middle finger on his throwing hand during the Lions' 20-17 win over the Chicago Bears on Sunday until he looked down at the digit and saw it dangling in the air. File Photo by Art Foxall/UPI | License Photo

ALLEN PARK, Mich. -- Matthew Stafford didn't know he injured the middle finger on his throwing hand late in the first quarter of the Detroit Lions' 20-17 win over the Chicago Bears Sunday until he looked down at the digit and saw it dangling in the air.

"It just wasn't all where it was supposed to be," Stafford said Monday in an interview with WJR 760-AM in Detroit. "But like I said, the trainers helped me out and it really isn't too bad."

Though he played the final three quarters of Sunday's game with a glove on his throwing hand and wasn't his usual sharp self, Stafford will be under center when the Lions face the New York Giants in a battle of 9-4 teams this weekend.

Lions head coach Jim Caldwell said Monday that Stafford will practice this week and spend the next few days working "with the doctors (to) get things straightened out that need to be straightened out."

"He made some things happen (against the Bears) and you can anticipate he'll be a little better by the time we get to next week," Caldwell said. "Anytime you've got an issue with an arm or hand, playing that position, or even your feet because you push from there - people underscore the legs in terms of that - it's something to be dealt with."

Stafford likely will wear a glove for the rest of the regular season to help him grip the ball, though he said in his radio interview he and trainers are still "tinkering and finding what's the best option."

On Sunday, Stafford acknowledged that the injury - a dislocated finger - affected his accuracy and velocity, and the Lions tweaked their offensive game plan as a result, attempting just 12 passes in the second half.

Five years ago, Stafford played with a broken right index finger and threw nine interceptions during a three-game stretch late in the season. The Lions went 1-2 in that span, and can't afford a similar slide down the stretch this year.

At 9-4, the Lions currently hold the second seed in the NFC playoffs but they likely need to beat one of the Giants, Dallas Cowboys or Green Bay Packers to make the playoffs. The Giants and Cowboys games are on the road, and the Lions have relied heavily on Stafford's fourth-quarter magic this year.

Stafford said he doesn't think this finger injury "is going to be as bad as" the one he played through in 2011, and Caldwell said the Lions have not given any thought to resting Stafford and letting his finger heal.

"He feels that, obviously, he can get it done and also the doctors do as well," Caldwell said. "We'll work through it this week and he should be ready to go."

--The Lions are getting one of their best defensive players back just in time for the stretch run.

After missing 11 straight games with a knee injury, linebacker DeAndre Levy returned to the lineup for Sunday's 20-17 win over the Chicago Bears and made four tackles in a part-time role.

Levy, who has played in just three of a possible 29 games since the start of the 2015 season, played primarily out of the Lions' base defensive set on Sunday. He was on the field for 18 snaps, and said it felt good to be back on the field.

"It's about more so just getting my body ready," Levy said. "I haven't put on shoulder pads since Week 1. I haven't hit anybody. I haven't done a lot of things, so I had to kind of get my feet back under me."

The Lions will continue to monitor Levy's health over the final three weeks in the hopes of once again making him an every-down linebacker.

Lions head coach Jim Caldwell said Levy was "productive" in his return to the field, but said it would have been "insane" to play him anymore than they did.

"He was around and active, but just like anything else, when you've been away from it that long it's going to take you maybe a tick or two to get back to exactly where you were before," Caldwell said. "But I thought he did well." 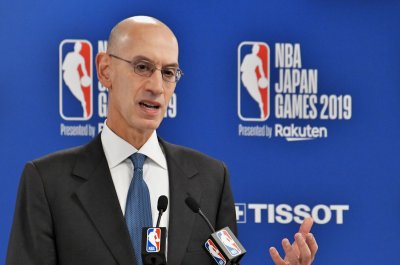