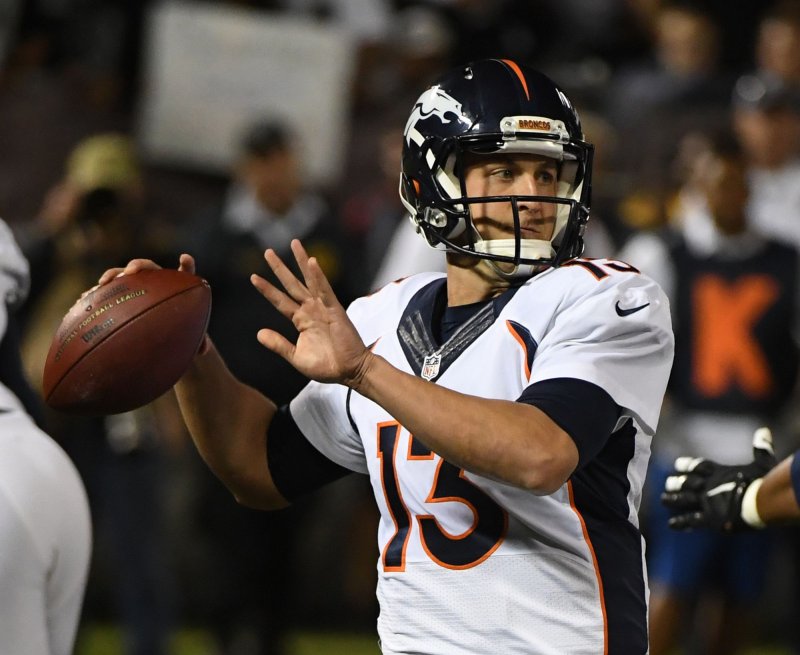 Denver Broncos QB Trevor Siemian (13) is back at practice and may return to action against the Titans this week. Photo by Terry Schmitt/UPI | License Photo

Denver Broncos quarterback Trevor Siemian returned to practice on Thursday as he continues progressing from a sprained left foot.

Siemian took practice snaps and is aiming to return for Sunday's game against the Tennessee Titans.

Siemian missed last Sunday's contest against the Jacksonville Jaguars due to the injury.

Siemian will wear an orthotic in his shoe to help the injured foot and said after Wednesday's walkthrough that he was getting better.

"You want to play, you want to play well," Siemian told reporters. "... That's the goal any time you're returning from injury you don't just want to be playing, but playing well. ... (I'm) trying not to be stupid about it."

Siemian has thrown for 2,396 yards, 15 touchdowns and seven interceptions this season as a first-year starter.

Rookie Paxton Lynch started against the Jaguars and was just 12-of-24 passing for 104 yards in the 20-10 victory.