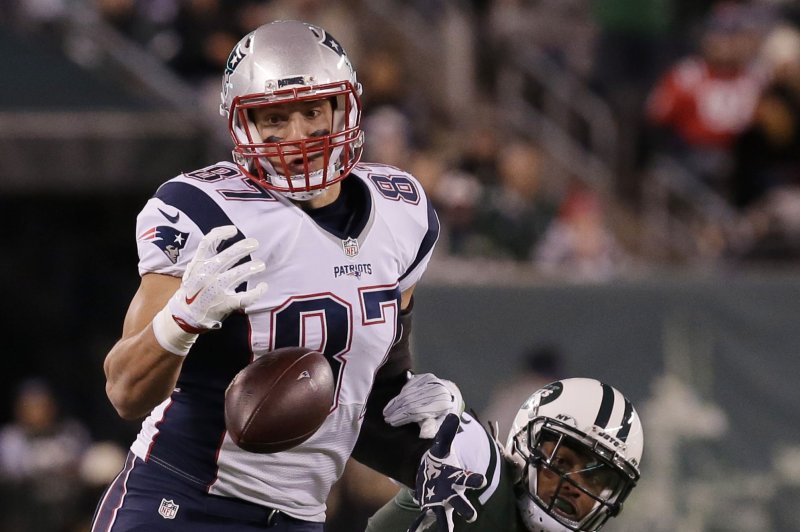 New England Patriots Rob Gronkowski tries to make a one handed catch but drops the ball for an incomplete pass in the 2nd quarter against the New York Jets in week 12 of the NFL at MetLife Stadium in East Rutherford, New Jersey on November 27, 2016. Photo by John Angelillo/UPI | License Photo

New England Patriots Tom Brady, Rob Gronkowski and the rest of the offense wait to run a play in the first half against the New York Jets in week 12 of the NFL at MetLife Stadium in East Rutherford, New Jersey on November 27, 2016. The Patriots defeated the Jets 22-17. Photo by John Angelillo/UPI | License Photo

New England Patriots tight end Rob Gronkowski (87) spikes the ball after scoring on a four-yard touchdown reception in the third quarter against the Cincinnati Bengals at Gillette Stadium in Foxborough, Massachusetts on October 16, 2016. The Patriots defeated the Bengals 35-17. Photo by Matthew Healey/ UPI | License Photo

Tight end Rob Gronkowski's season is over after the New England Patriots placed him on injured reserve Saturday.

The decision to put Gronkowski on IR came one day after the behemoth tight end underwent surgery in Los Angeles to repair a herniated disk in his back.

New England (9-2), which currently has the inside track on the No. 1 seed in the AFC, had announced Thursday that it would wait to receive the results of the surgery before making a final determination on Gronkowski's status.

Initial estimates prior to the procedure listed a recovery timetable of two months, leaving open the slight possibility of Gronkowski being available for the Super Bowl should the Patriots advance that far.

Losing Gronkowski robs New England quarterback Tom Brady of his favorite receiving option and a play that many observers consider to be the most difficult matchup in the league.

"Nobody wants Gronk not out there. Everybody wants Gronk out there every play of every game. But that's not our reality," Brady told host Jim Gray on Thursday during his weekly interview on Westwood One Radio.

The team was unable to put Gronkowski on the injury/designation to return list, having already used that slot on rookie quarterback Jacoby Brissett, who was activated Wednesday.

In his seventh season with the Patriots, Gronkowski set a franchise record with his 69th touchdown against Buffalo on Oct. 30. Gronkowski registered multiple double-digit touchdown receptions in five of his seven seasons, including a career-best 17 in 2011.

A second-round draft pick out of Arizona in 2010, Gronkowski also has been plagued by injuries during his star-studded career, including back issues in college that raised enough concerns to keep him out of the first round.

Gronkowski finishes this season with 25 receptions for 540 yards with three touchdowns in eight games (six starts). He had one reception through four games before Brady returned from a four-game suspension.

In a four-game span beginning in Week 5, Gronkowski had 21 receptions and three touchdowns while going over 100 yards three times.

Backup tight end Martellus Bennett has filled in admirably in Gronkowski's absence and as a complement to the perennial Pro Bowler, posting three 100-yard games of his own. However, Bennett currently is dealing with ankle and shoulder injuries. 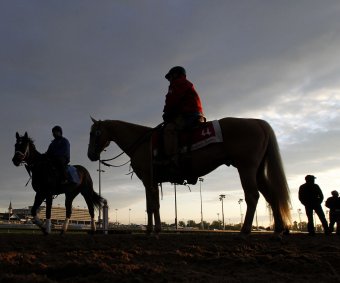