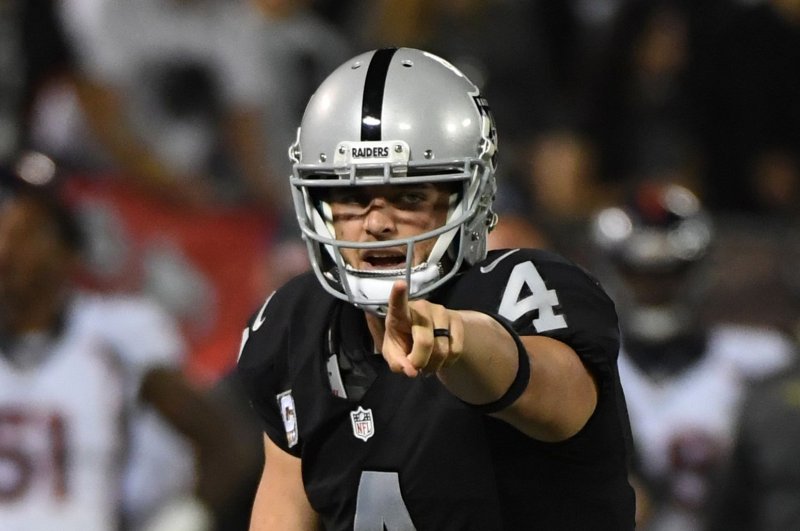 MEXICO CITY -- The dominant ways of the Houston Texans' defense vanished at the most inopportune moments Monday night against the Oakland Raiders.

After manhandling the Raiders for the majority of the night at Estadio Azteca, the Houston defense committed a pair of costly lapses during the fourth quarter of a stinging 27-20 defeat Monday.

The Texans had the Raiders on the ropes for most of the game, but Oakland's Pro Bowl quarterback, Derek Carr, was absolutely clutch in the fourth quarter. A trendy Most Valuable Player candidate, Carr completed 21 of 31 passes for 295 yards, three touchdowns and one interception for a 117.0 passer rating for the Raiders (8-2).

On the first play from scrimmage after the Texans (6-4) took a 20-13 lead early in the fourth quarter, Raiders fullback Jamize Olawale wasn't accounted for during a 75-yard touchdown catch out of the backfield. He eluded free safety Andre Hal to tie the score.

The Texans looked confused by wide receiver Amari Cooper lining up in the backfield at running back as Olawale ran a seam route and Hal flubbed on his open-field tackle attempt.

Cooper put the Texans away on Oakland's ensuing possession as inside linebacker Benardrick McKinney overpursued the gifted wide receiver during his 35-yard touchdown catch. Cooper scooted into the end zone with 4:43 remaining. The Raiders capitalized on a failed fourth-down run by Houston running back Akeem Hunt that was upheld by an instant-replay review.

Earlier in the game, Texans defensive end Jadeveon Clowney used the element of surprise to penetrate the Raiders' backfield.

It was a well-executed gambit from the former top overall pick as he and outside linebacker Whitney Mercilus switched sides and caught the Raiders' blockers off-guard.

As Clowney harassed Carr in the third quarter, the pressure triggered a hasty, deep throw that was intended for Cooper and intercepted by cornerback A.J. Bouye.

The contributions of Clowney, an oft-criticized and oft-injured former consensus All-American from South Carolina, led the charge for a resurgent Texans defense.

The key turnover spurred Houston to a 13-play, 65-yard drive that was capped by running back Lamar Miller's 1-yard touchdown run. The score gave the Texans a 17-10 lead midway through the third quarter.

Clowney recorded five solo tackles, including two for losses. Clowney kept pace with Raiders All-Pro defensive end Khalil Mack, who has had a more successful NFL career than Clowney after being selected fifth overall three years ago in the same draft class as the Texans' converted outside linebacker. Mack had one sack and three tackles Monday night.

By halftime, the Raiders had gained just 81 yards of total offense and produced just five first downs. Unable to budge Clowney off the line of scrimmage at the point of attack, the Raiders rushed for a paltry 7 yards on 10 carries.

The Texans played some inspired defense, including a pair of goal-line stands where Clowney and the front seven kept the Raiders out of the end zone.

For a while, the Raiders looked out of answers against a stout Texans defense.

During the first half, Carr completed 10 of 15 passes for 74 yards and a touchdown.

The dominant ways of Clowney started immediately in the first quarter.

He stuffed Raiders rookie running back Jalen Richard in the backfield for a loss of 4 yards as the Raiders went three-and-out during their opening drive.

Following a fumbled kickoff lost by Texans rookie Tyler Ervin, the Texans' defense stiffened as they held the Raiders to a field goal.

However, the Oakland offense wouldn't remain stuck in neutral for the entire game.

Spurred by some sharp throws by Carr the Raiders eventually overtook the Texans. 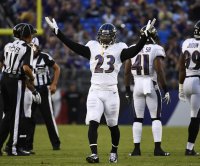