New York Jets' Calvin Pryor tackles Baltimore Ravens' Dennis Pitta in the first half in week 7 of the NFL at MetLife Stadium in East Rutherford, New Jersey on October 23, 2016. The Jets defeated the Ravens 24-16. Photo by John Angelillo/UPI | License Photo

Minnesota Vikings tight end Kyle Rudolph (R) looks for running room as he picks up a first down in the first quarter Vikings-Arizona Cardinals game at University of Phoenix Stadium in Glendale, Arizona, December 10, 2015. Photo by Art Foxall/UPI | License Photo

Cincinnati Bengals tight end Tyler Eifert (85) makes the catch under pressure from Pittsburgh Steelers' Will Allen (20) during the second half of play in their NFL Wild Card Round game at Paul Brown Stadium in Cincinnati, Ohio, January 9, 2016. Photo by John Sommers II/UPI | License Photo

Philadelphia Eagles Zach Ertz gets away from Dallas Cowboys Barry Church for a short gain during the first half at AT&T Stadium on November 8, 2015 in Arlington, Texas. Photo by Ian Halperin/UPI | License Photo

While the top of most fantasy football tight end rankings looks very familiar, filled with names like Rob Gronkowski, Jimmy Graham, and Greg Olsen, don't be afraid to employ the services of other players facing good matchups on passing offenses.

For an idea of who you should consider adding to your team or placing in your starting lineup, take a look at my top 20 tight ends for the week. You can also view my add/drops for the week and more positional rankings in the links below.

Cincinnati Bengals tight end Tyler Eifert is my No. 4 tight end for Week 10. Eifert has a Monday Night Football matchup against the New York Giants. In first full game of action in Week 8, Eifert pulled in nine catches for 102 yards and a score. Look for the young Bengals star to keep rising down the stretch as a primary option for Andy Dalton. Kansas City Chiefs tight end Travis Kelce has a great matchup against a Carolina Panthers unit allowing the second-most fantasy points to tight ends. The Panthers have also allowed six touchdown tot eh position, tied for the second-most in the NFL. With Jeremy Maclin ailing from a groin injury, Kelce could see even more targets than the seven he received in Week 9.

Minnesota Vikings target Kyle Rudolph welcomes a matchup against a Washington Redskins secondary allowing the 11th-most fantasy points to tight ends and is always a lockdown option for Sam Bradford. Rudolph scored a touchdown on his only receptions in Week 9, but before that he had at least five receptions in four of his previous five games. He's also on pace for eight scores this season. The Redskins have allowed touchdowns to tight ends in two of its last four games. Baltimore Ravens tight end Dennis Pitta has perhaps the best matchup this weekend, with a battle against the Cleveland Browns. Although Pitta has yet to score this season, I like his chances here facing the worst defense against tight ends. The Browns are allowing the most fantasy points and touchdowns to the position.

Philadelphia Eagles tight end Zach Ertz looked to be back in the good graces of Carson Wentz last week. Now he gets a matchup against the Atlanta Falcons, a unit allowing the second-most touchdowns to tight ends. After a less-than-stellar six-game stretch where he never eclipsed 37 receiving yards and didn't reach the end zone, Ertz went of for eight catches and 97 yards in Week 9 against the New York Giants. Denver Broncos tight end Virgil Green should find plenty of room to operate against the New Orleans Saints, a unit allowing the 10th-most fantasy points to tight ends. I would only consider starting him in very deep leagues as a bye week replacement. 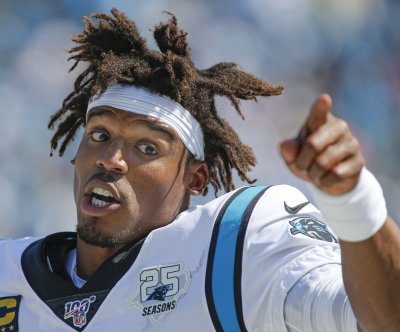