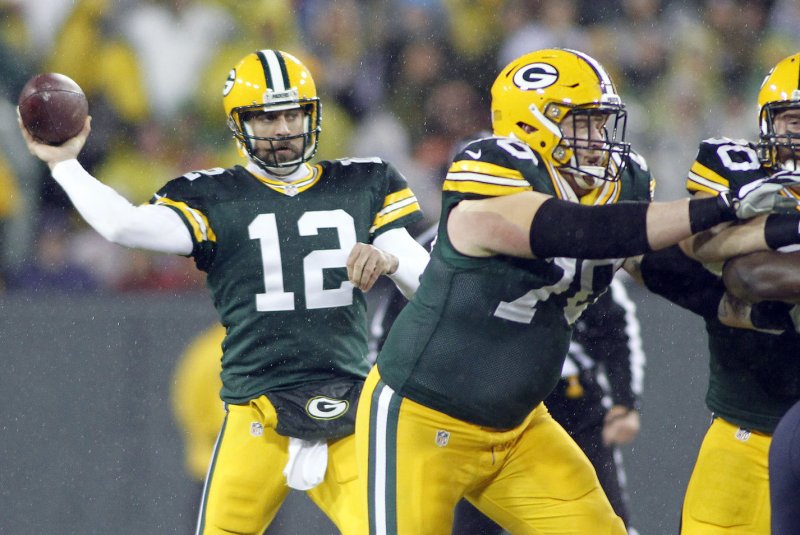 DE PERE, Wis. -- After holding 17 players out for the first preseason game Friday, Green Bay Packers head coach Mike McCarthy seems ready to get his notable holdouts from that contest some action this week.

Out of uniform for the 17-11 home win over the Cleveland Browns, Rodgers said in a sideline interview on the team's TV broadcast that he will play Thursday night, when the Packers host the Oakland Raiders.

"I don't have a set plan," McCarthy said after the game. "But, I think history will tell you he'll play (this) week. We'll see what happens in practice Sunday and Monday. That's the most important part."

As Sunday came, however, Rodgers ran the scout team in practice against Green Bay's starting defense.

So, to what extent Rodgers will play Thursday, if at all, probably won't be known until that night.

The return of top backup Brett Hundley to the field Sunday -- and his anticipated availability for the game -- could influence how McCarthy sorts out playing time for the quarterbacks in the second of four preseason games.

RELATED NFL preseason preview: 16 players to watch in the NFC

Hundley had been out since suffering a sprained left ankle in practice Aug. 1.

Hundley benefited greatly from McCarthy's foolproof plan last August to keep Rodgers safe for the regular season by playing him a total of two quarters in the first two preseason games and sitting him the final two games.

As a rookie taken in the fifth round of last year's draft, Hundley completed 69 percent of his passes for an NFL-high 630 yards and seven touchdowns with only one interception in exhibition play. Hundley didn't take one snap during the season as the team's No. 3 quarterback behind Rodgers and Scott Tolzien, who subsequently signed with the Indianapolis Colts in the offseason.

"Obviously, last year, you want to play because it's your first NFL (preseason)," Hundley said. "This one, it's a little different. I'm still urgent, I'm dying to play. I haven't played in a year, at least full go. To go back out there, it means the world to me."

Hence, McCarthy will have to weigh just how much he needs to see of Rodgers this Thursday against giving ample playing time to Hundley as well as Joe Callahan and Marquise Williams, the undrafted rookies who each played a half against the Browns.

He impressed McCarthy and others by effectively running the two-minute offense at the end of the first half. Callahan capped a 12-play, 80-yard drive with a two-yard touchdown pass to running back John Crockett to put the Packers ahead to stay 10-5 in a ragged game that had three safeties, two by the Green Bay defense.

"The two-minute drive, I don't care who you are or what year you're in, I thought he did an excellent job getting a touchdown there before the half," McCarthy said of Callahan.

Williams, a four-year college starter at North Carolina, struggled in his unofficial pro debut. He went just 6-of-14 for 55 yards and had a deep pass to undrafted rookie receiver Geronimo Allison picked off at the Browns' 1-yard line.

Encouraging for the Packers offense, which played without top wideouts Jordy Nelson and Randall Cobb, was featured back Eddie Lacy's four carries for 24 yards in the first four plays of the game.

"Got pretty good production on all of them," said Lacy, who didn't play after the opening series. "It was definitely a great start for us, just need to continue to build off of that."

Green Bay's defense played without its two pillars at outside linebacker, Clay Matthews and Julius Peppers, but the unit showed promise in a quarter of action against new Browns quarterback Robert Griffin III.

Griffin exploited second-year cornerback Damarious Randall for a 49-yard deep shot to converted quarterback Terrelle Pryor on Cleveland's first play of the game. However, defensive back Micah Hyde came through five plays later with a diving interception in front of tight end Gary Barnidge at the goal line to sniff out a scoring drive.

Green Bay's starting defense figures to get increased work Thursday, particularly with the explosive capabilities of the Raiders offense.

"All you have to do is look at their preseason game against Arizona," defensive coordinator Dom Capers said of Oakland's 31-10 road win over the Cardinals on Friday. "They rushed for 166 yards, and I think they had six big plays in the game."

NOTES: WR Jordy Nelson remains on the physically unable to perform list. The team's top wideout has been out since the start of training camp because of an injury to his left knee. ... WR Jeff Janis will be sidelined for at least this week. Janis, a third-year pro, suffered a broken right hand in practice and didn't play the preseason opener against the Cleveland Browns on Friday night. ... WR Randall Cobb practiced Sunday. The veteran starter was held out of the preseason-opening win over the Browns on Friday after he suffered a calf injury in practice last week. ... OLB Clay Matthews returned to the field Sunday. The defensive leader didn't play the first preseason game Friday after he sustained an ankle injury in practice last week. ... S Morgan Burnett didn't practice Sunday because of a back injury. ... C Corey Linsley remains on the PUP list. The incumbent starter has been sidelined since the start of camp in late July because of a hamstring injury. JC Tretter has been working with the first-string offense in Linsley's absence. ... G/C Matt Rotheram is sidelined indefinitely because of a bicep injury. ... C Kyle Steuck was signed Sunday. The 6-foot-2, 310-pound Steuck, an undrafted rookie from Division II Northern Michigan, is a Green Bay native. To make room for Steuck, the Packers placed undrafted rookie long snapper Jesse Schmitt on injured reserve after he sustained a broken hand in practice last week.

NFL // 2 days ago
Eagles plan to bring back QB Jalen Hurts as 2022 starter
Jan. 19 (UPI) -- The Philadelphia Eagles intend to bring back Jalen Hurts as their starting quarterback in 2022, despite his struggles as a passer in 2021, general manager Howie Roseman and coach Nick Sirianni told reporters Wednesday.

NFL // 2 days ago
Cowboys QB Dak Prescott says 'sorry' for NFL referee criticism
Jan. 19 (UPI) -- Dak Prescott "deeply regrets" critical comments he made about officials and is "sorry" for condoning fans throwing objects onto the field after the Dallas Cowboys' playoff loss to the San Francisco 49ers, he tweeted.