New Orleans Saints: Is the team evolving or devolving? 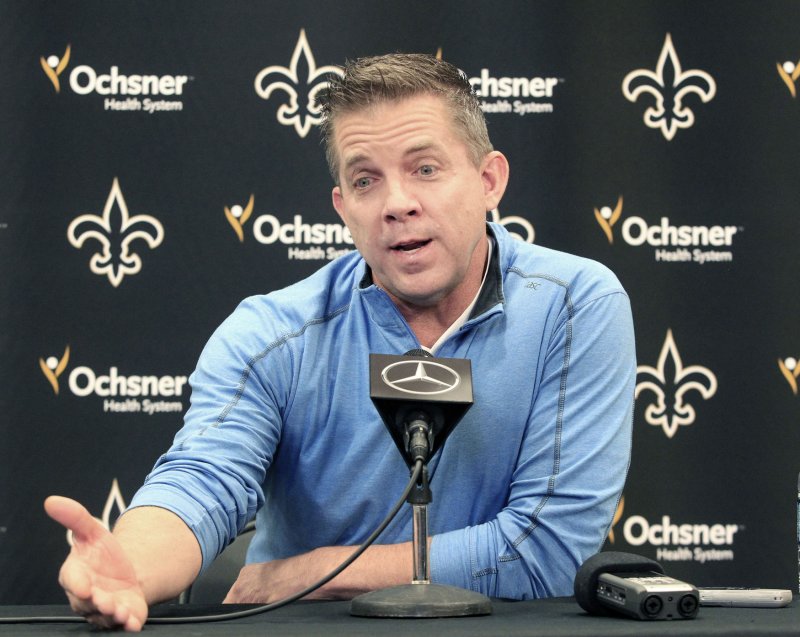 WHITE SULPHUR SPRINGS, W.Va. -- The New Orleans Saints held their first training camp practice Thursday, ready to atone for back-to-back seasons of 8-8 and 7-9 and make another run at the playoffs.

But following a second straight remaking of the roster, the Saints have a lot of questions at many positions -- leaving a lot of unknowns going into their first full week of camp.

If there are more question marks this season than in the past, they are just not talking about them.

"There are certain areas we're paying attention to, but I don't know if we would sit down and list specifically (areas of concern)," Saints coach Sean Payton said during a pre-camp news conference. "(General Manager) Mickey (Loomis) and I have these discussions quite a bit as to what we're looking for and what we have to be mindful of on our numbers here.

"It's hard to take that with this team and compare it relative to other teams at this point."

After a strong 2013 season, the Saints were expected to be a contender for the NFC title in 2014 until their defense took a major step backward and they finished 8-8.

"Obviously, we've had teams that were better than what we thought we'd have at this point and then teams that we felt real good about that underachieved or weren't as good as we expected," Payton said. "So, we'll kind of get started and get a chance to see what we've got.

"There's a process involved with that, but I think that's the exciting part of training camp."

Loomis is also excited about what will transpire the next six weeks with regards to the competition they tried to create -- specifically on the defensive side of the ball with the addition of three top draft picks -- defensive tackle Sheldon Rankins, wide receiver Michael Thomas and safety Vonn Bell.

"They're still the same, but the volume may be a little different from year to year. ... I kind of feel like this is a normal year in terms of roster spots, but I think there are jobs to be won. We have a lot of younger guys with some things to prove, and we're looking for them to prove it and fulfill some of the expectations that we have for them."

--The Saints received good news Thursday when they hit the field for their first training camp practice.

Free safety Jairus Byrd was healthy for the first practice for the first time in his three seasons with the Saints. He missed practice time in 2014 after having back surgery and last season was dealing with a recurring knee injury.

But Payton said at his pre-camp news briefing Wednesday night that Byrd was ready to go after being limited in the team's off-season program this spring and summer with a knee issue.

"He's passed the physical. He is practicing, and he, too, has had a really good summer," Payton said. "He spent, obviously, an inordinate amount of time rehabbing and working in the training room. You know, he handled the conditioning test extremely well."

Payton noted that Byrd, who signed a six-year, $54 million contract in 2014, won't have any restrictions in training camp.

--The Saints' first day of training camp was a good one if you're looking for any kind of improvement from one of the worst defenses in the NFL last season.

After finishing 31st in the league in total yards allowed and last in scoring defense, the Saints made something happen on that side of the ball -- even if it was in a non-padded practice.

The Saints have said that creating turnovers is a must this season and the defense came up big several times when linebackers Craig Robertson and Tony Steward came up with interceptions in seven-on-seven work.

"Those opportunities (for the linebackers), you don't get two of those at one position in a game ... you might get one in three weeks," Payton said. "It's not just the offense working on the Jugs, everyone has to develop their ball skills and take advantage of a late throw or maybe a location error."

--In need of an experienced veteran after putting Vincent Brown on injured reserve and then waiving him with an injury settlement, the Saints signed former New York Giants wideout Hakeem Nicks to a one-year contract.

While team officials would not acknowledge the signing during pre-camp press briefings Wednesday night, Nicks confirmed the deal when he tweeted the news after ESPN first reported it.

The Saints, who reportedly also inquired about free agent wide receiver Anquan Boldin, had worked Nicks out numerous times. The 28-year-old Nicks, a first-round draft pick in 2009, has also played with the Indianapolis Colts in 2014 and had a second stint with the Giants last season.