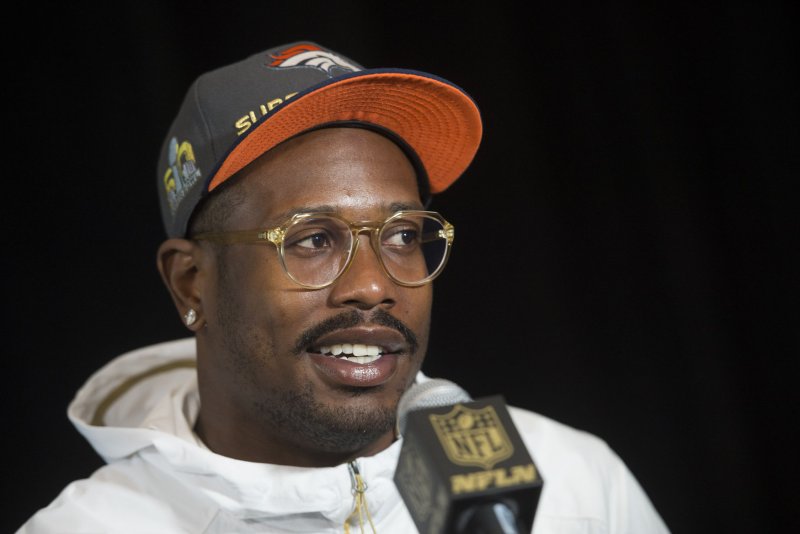 NBC Denver reported that Von Miller is expected to sign a six-year, $114.5 million contract extension. The deal includes $70 million guaranteed. That number would rank second in guaranteed cash to Andrew Luck's mega-deal, but would be the most ever given to a defensive player.

Mike Klis reported that the Broncos are expected to "hold firm" on the $70 million offer.

The deadline for the deal is 3 p.m. Friday. Miller has threatened to sit out this 2016 season if he isn't signed long term.

NFL Media Insider Ian Rapoport reported that the Broncos and Miller have made "significant progress" in their negotiations.

The Broncos gave Miller the exclusive franchise tag on March 1, paying him $14.26 million in 2016.