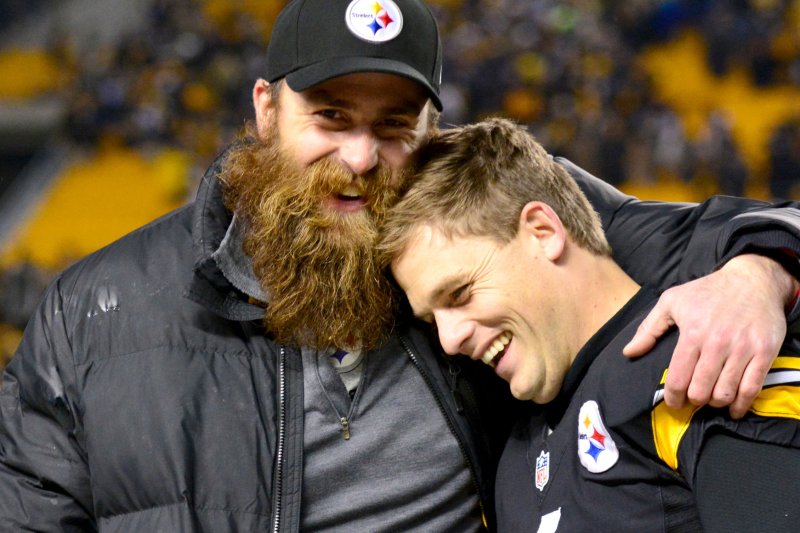 Pittsburgh Steelers kicker Shaun Suisham (6) kicks the first of his three field goals in the first half against the Baltimore Ravens at Heinz Field in Pittsburgh on January 3, 2015. Photo by Archie Carpenter/UPI | License Photo

Pittsburgh Steelers kicker Shaun Suisham (6) kicks the first of his three field goals in the first half against the Baltimore Ravens at Heinz Field in Pittsburgh on January 3, 2014. Photo by Archie Carpenter/UPI | License Photo

PITTSBURGH, June 24 (UPI) -- A team known last year for its difficulty in securing a quality place kicker will have the same issue this offseason.

The Pittsburgh Steelers released kicker Shaun Suisham Friday after he had a setback injury.

"Unfortunately Shaun incurred a setback in his recovery from knee surgery that won't allow him to compete in a timely manner," Steelers general manager Kevin Colbert said in a statement. "Shaun has played a significant role in our success during his time in Pittsburgh. He has been the consummate professional on the field and in our community. We wish he and his family all the best in the future."

Suisham, 34, missed last season after a torn ACL in the preseason. His release Friday was with a failed physical designation. Last season the Steelers signed Garrett Hartley, before he went down to injury. The team then traded for Josh Scobee, who was cut after missing 4-of-10 attempts and an extra point. Rookie Chris Boswell was somewhat successful following Scobee's departure, hitting 29-of-32 attempts and 26-of-27 extra points. Boswell is expected to fill in for Suisham, who has hit 84.1 percent of his career attempts.

"Thank you Pittsburgh and all of Steelers Nation! Unfortunately, the injury I sustained in the Pro Hall of Fame Game last preseason was catastrophic and has proven to be critical to continuing to my career. My journey in the NFL has come to a crossroads," Suisham said in a statement.

"I was raised in Wallaceburg, Ontario, as a hockey player and have been on an improbable 16-year journey as a kicker, competing at the highest level. The absolute nature of my position has given me the opportunity to test my resolve, and I have grown both professionally and as a man."

"Undoubtedly, I will miss the challenge of game day and the preparation that is required. Change is hard, but I'm comfortable with where I am as a husband and father."

"I will always be grateful to every team and coach that has given me an opportunity to compete in the NFL. I am especially grateful to everyone — teammates, coaches and fans — in our adopted hometown of Pittsburgh, PA."

Shaun Suisham has released a statement following his release by the @Steelers. #ClassAct pic.twitter.com/SVV57Pikki

Suisham was the eight highest paid kicker in the NFL after he signed a four-year, $12.5 million extension in 2014.