Cincinnati Bengals' George Iioka (43) celebrates interception with Adam Jones (24) against the Pittsburgh Steelers during the first half of play in their NFL Wild Card Round game at Paul Brown Stadium in Cincinnati, Ohio, January 9, 2016. Photo by John Sommers II/UPI | License Photo

Cincinatti Bengal defenders Reggie Nelson (20) and Adam Jones, break up a Joe Flacco pass play during the third quarter against the Baltimore Ravens at M&M Bank Stadium on September 27, 2015 in Baltimore, Maryland. The Bengals won the game 28-24. Photo by Pete Marovich/UPI | License Photo

CINCINNATI, March 9 (UPI) -- Despite having his hand in the Cincinnati Bengals' postseason unraveling last season, cornerback Adam Jones is staying in the Queen City.

Jones, 32, had one of his best seasons last year in Cincinnati. He signed a three-year deal Wednesday, according to Fox Sports NFL Insider Mike Garafolo.

Several reports had the Miami Dolphins, Minnesota Vikings, Baltimore Ravens, and Cleveland Browns as teams that reached out to Jones leading up to the free agency period.

Jones was the No. 6 pick overall in the 2005 NFL Draft. After two seasons with the Tennessee Titans, Jones was suspended for the 2007 season for violating the league's personal conduct policy. He played one season for the Dallas Cowboys, before signing with the Bengals in 2010.

Jones has 14 interceptions, 11 fumble recoveries, and 353 tackles in 114 career games. He also has five career punt returns for a touchdown. 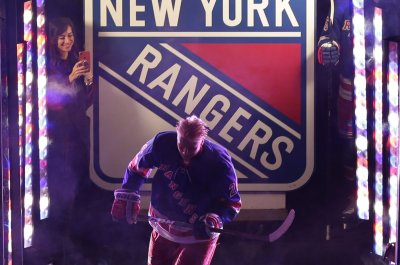 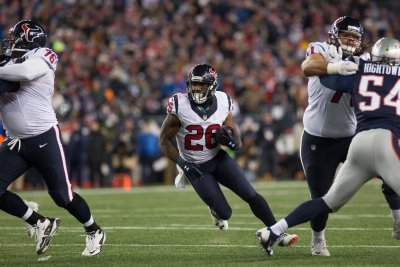