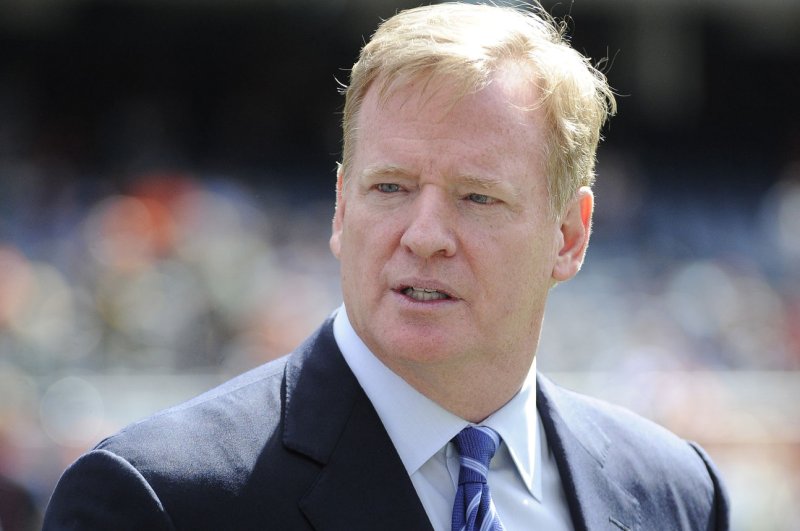 Commissioner Roger Goodell claimed Tuesday the NFL appeal of the ruling that overturned quarterback Tom Brady's suspension for his alleged role in intentionally deflating game-used football before the AFC Championship game was about protection.

"This is about our rights in the collective bargaining agreement, that's all it is," he said Tuesday on ESPN Radio. "We're not going to allow that kind of a decision to stand when we think it's in conflict with our CBA. That is the issue. It has nothing to do with any individual player or anyone else, it has something to do with (New York district) judge (Richard) Berman's decision, and that's what we're appealing."

On the topic of individuals who have been punished by the NFL, Goodell said the league is not considering discipline of Cowboys defensive end Greg Hardy for his sideline tirades during Dallas' loss Sunday to the New York Giants. Goodell said Hardy's conduct on the sideline is "a team issue."

Goodell reiterated that he stands against sports gambling, but supports fantasy football, including daily fantasy. He claimed the league itself has no stake in any daily fantasy site. However, heavyweight owners Robert Kraft of the New England Patriots and Jerry Jones of the Dallas Cowboys are investors in DraftKings.

Recently Nevada determined daily fantasy would not be considered a game of skill but gambling in need of regulation in the state, following the position taken by state governments in Louisiana, Iowa and Washington.

"Whether it's gambling or not is a decision that is made by state authorities and attorney generals," Goodell said.