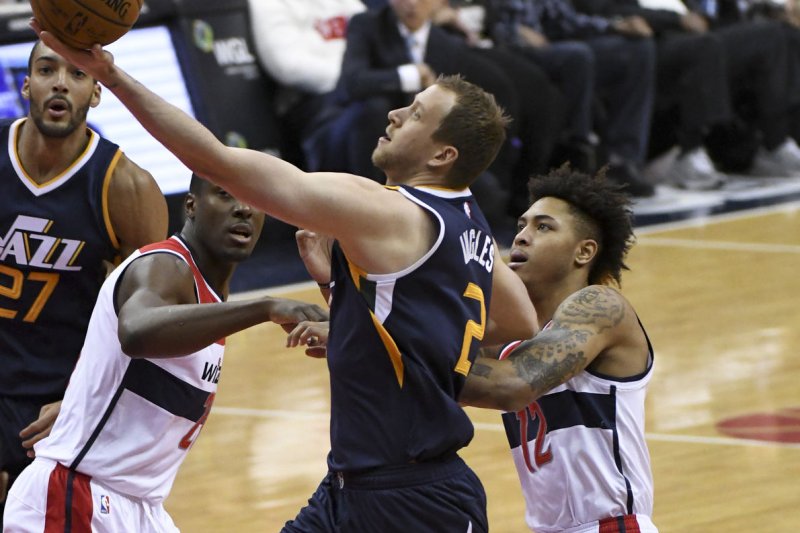 Jan. 31 (UPI) -- Utah Jazz forward Joe Ingles is expected to miss the remainder of the season because of a significant knee injury.

The Jazz said in a statement Monday that Ingles suffered a torn ACL in his left knee. According to the team, there was no additional structural damage in the knee.

Ingles underwent an MRI upon returning to Salt Lake City after his knee buckled during Sunday night's loss to the Minnesota Timberwolves.

The 34-year-old Ingles will remain out indefinitely, with surgery taking place in the next few weeks, the team said. ESPN reported that Ingles will miss the rest of the season and could remain sidelined into the start of the 2022-23 campaign.

Ingles has been a critical part of the Jazz for eight seasons. He has started 40 of 45 playoff games for Utah over the last five years, and he finished as the runner-up for the NBA's Sixth Man of the Year Award last season.

The veteran sharpshooter, who is in the final year of a $13 million contract, has averaged 7.2 points, 3.5 assists and 2.9 rebounds over 24.9 minutes per game this season.

Ingles has competed in four Olympics for Australia, winning a bronze medal in the 2020 Games.

NBA // 1 week ago
Suns' Devin Booker pours in 51 points vs. Bulls
Dec. 1 (UPI) -- Star guard Devin Booker made 20 shots, including six 3-pointers, for 51 points in three quarters to lead the Phoenix Suns past the Chicago Bulls in Phoenix.