Kanter called Chinese President Xi Jinping a "brutal dictator" in the caption of the post, and he wore a shirt with the image of the Dalai Lama, Tibet's exiled spiritual leader, in the video. The NBA big man also wore shoes with the phrase "Free Tibet" on them against the Knicks.

"I'm here to add my voice and speak out about what is happening in Tibet," Kanter said in the video. "Under the Chinese government's brutal rule, Tibetan people's basic rights and freedoms are non-existent."

On Thursday, Chinese foreign ministry spokesman Wang Wenbin said Kanter was "trying to get attention" and the NBA player's remarks "were not worth refuting."

"Tibet is part of China," the spokesman said. "We welcome unbiased friends upholding objectivity across the world to Tibet. In the meanwhile, we never accept the attacks and smears on Tibet's development."

Later Thursday, the Washington, D.C.-based office of His Holiness The Dalai Lama issued a statement to ESPN that read in part: "We are thankful to Enes Kanter, NBA player, for speaking in support of Tibet. In a two-minute video message he summed up the existential threat faced by the Tibetans under Chinese communist rule. Every word that he said is true."

The statement from the organization also noted that Kanter's "courageous" comments came "at the huge risk to his personal life and career."

In response to Kanter's comments, Celtics games were pulled from Tencent -- the Chinese company that streams NBA games and has a content-sharing partnership with ESPN. Previous replays of games are no longer available, and upcoming Celtics games aren't set to be shown on the platform.

In addition, searches for Kanter's name have been blocked on China's Twitter-like social media platform, Weibo.

Two years ago, Morey -- now the Sixers' president of basketball operations -- tweeted his support for democracy in Chinese-ruled Hong Kong, a move that led China to temporarily halt broadcasts of NBA games. 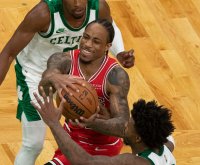 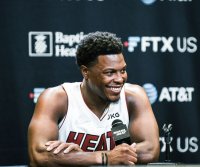