Aug. 24 (UPI) -- After guiding the Milwaukee Bucks to their first NBA championship in 50 years this past season, head coach Mike Budenholzer signed a multiyear contract extension with the organization Tuesday.

League sources told ESPN that Budenholzer agreed to a three-year extension with the Bucks. The team didn't confirm details of the agreement.

The 52-year-old Budenholzer, who was entering the final year of his deal, is now tied to the organization through the 2024-25 season.

"What an incredible journey we've been on and winning the NBA championship this season makes us appreciate how difficult it is to win and how grateful we are to have the best players and coaches in place to get the job done," Bucks owners Marc Lasry, Wes Edens and Jamie Dinan said in a statement.

"Mike's strong leadership, coaching expertise, commitment to player development, and adaptability have been instrumental as we work together to compete for and win championships. We're thrilled with the work Bud has done together with [general manager] Jon Horst and [team president] Peter Feigin and are proud to sign him to this extension."

Since arriving in Milwaukee in 2018, Budenholzer -- a two-time NBA Coach of the Year -- has posted a 162-65 record as the team's head coach in the regular season. He has a 31-17 mark in the playoffs with the team, including the Bucks' title win over the Phoenix Suns in July.

Before joining the Bucks, Budenholzer led the Atlanta Hawks to the postseason in four of his five seasons in Atlanta. He had a 213-197 record with the franchise. 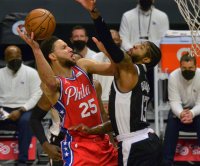 NBA // 1 day ago
76ers' Doc Rivers on Ben Simmons: 'We would love to get Ben back'
Sept. 22 (UPI) -- Philadelphia 76ers head coach Doc Rivers is hoping to convince Ben Simmons to remain with the team after reports surfaced saying the All-Star guard wants to leave the franchise.

NBA // 2 days ago
Veteran guard J.J. Redick retires after 15 NBA seasons
Sept. 21 (UPI) -- Veteran shooting guard J.J. Redick, who starred at Duke University before embarking on a 15-year career in the NBA, announced his retirement from the league. 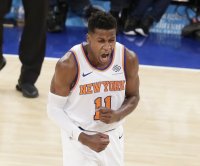