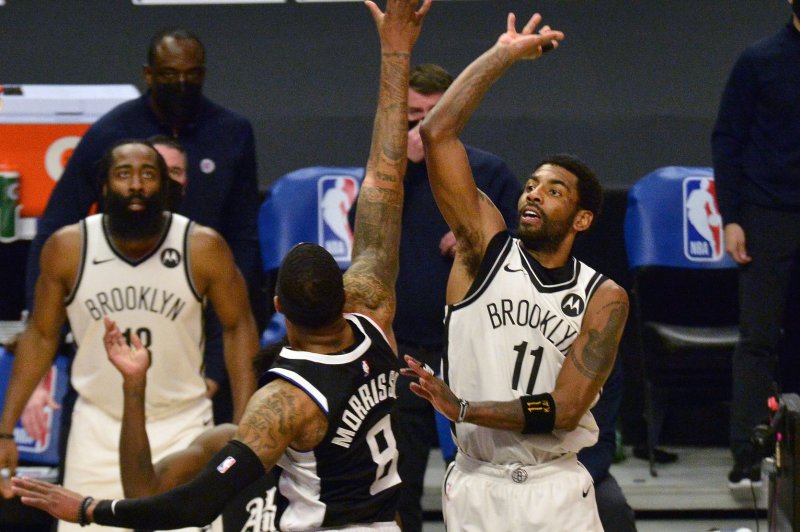 Nets head coach Steve Nash told reporters Friday that Irving is still receiving treatment on his ankle and has "some miles to make up" before he can make a return to the court.

However, Nash added that if the Nets advance to the Eastern Conference Finals, the team anticipates Irving will be back, noting that "it is not a season-threatening situation."

Irving, a seven-time All-Star selection, suffered a right ankle sprain in Game 4 against Milwaukee. He was injured midway through the second quarter when he landed awkwardly on the foot of Bucks star Giannis Antetokounmpo after making a layup.

The 29-year-old Irving remained on the floor for several minutes as Nash and team trainers attended to him. Irving eventually limped to the locker room without assistance and didn't return to the floor.

Irving had been averaging 22.7 points during the NBA playoffs after posting 26.9 points per game during the regular season.

The final game in the best-of-seven series is set for Saturday night at 8:30 p.m. EDT at Barclays Center in Brooklyn. The Nets are one win away from reaching their first East finals since 2003, when the franchise was based in New Jersey.

The Bucks are attempting to reach the ECF for the second time in the past three seasons.