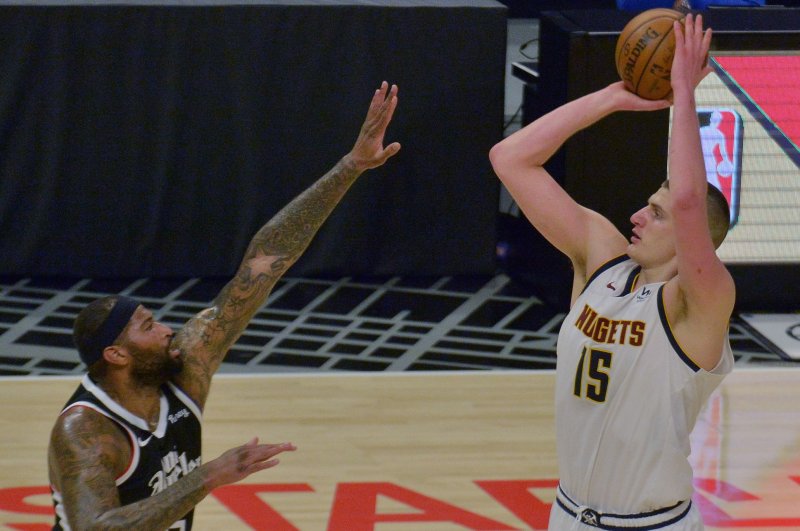 Jokic, who was selected with the No. 41 overall pick in the 2014 draft, becomes the lowest-drafted player to win the honor. The 26-year-old Serbian is just the sixth international player in league history to win the NBA's MVP award.

He also is the first center since Shaquille O'Neal in 2000 to win the league's top individual honor.

"To be honest, I didn't even think about being in the NBA," Jokic said on TNT's Inside the NBA after winning the award. "My goal when I started to play basketball back home was to play in the EuroLeague because that was the closest top league to my country.

"I could play in some big clubs in Serbia and grind my way up. But then the Denver Nuggets drafted me, and it was an opportunity for me to become an NBA player."

"Because of you, the big man is back."@SHAQ congratulates Nikola Jokic for becoming the first center to win the #KiaMVP since 2000. pic.twitter.com/6ay2s2Lb0i— NBA on TNT (@NBAonTNT) June 9, 2021

Jokic was informed of the news during a team meeting at the Nuggets' hotel ahead of their Game 2 playoff matchup against the Phoenix Suns on Wednesday in Phoenix.

"It's my trophy, but you guys are a big part of it," Jokic told the team after receiving the honor.

The star big man was the runaway winner of the MVP award, garnering 91 of the 101 first-place votes and 971 total points. Philadelphia 76ers center Joel Embiid and Golden State Warriors guard Stephen Curry finished second and third, respectively, behind Jokic in the voting.

Jokic played all 72 regular-season games for the Nuggets this season -- one of just 11 players to do so in the pandemic-shortened campaign. He averaged career highs in points (26.4), rebounds (10.8) and assists (8.3) per game while shooting 56.6% from the field.