Boston Celtics forward Jayson Tatum made 17 of 17 free-throw attempts en route to 50 points in a win over the Washington Wizards on Tuesday in Boston. File Photo by Jim Ruymen/UPI | License Photo

May 19 (UPI) -- Jayson Tatum poured in 50 points to lead the Boston Celtics to a win over the Washington Wizards, which secured a spot in the NBA playoffs.

Washington now battles the Indiana Pacers in another Play-In Tournament game to decide the final playoff team in the Eastern Conference.

The Pacers, the No. 9 seed, beat the No. 10 Charlotte Hornets 144-117 in the first of two Eastern Conference Play-In Tournament games on Tuesday in Indianapolis. Tatum then led the No. 7 Celtics to a 118-110 win over the No. 8 Wizards on Tuesday in Boston.

"I just wanted to be aggressive," Tatum told reporters. "I just tried to put the pressure on the defense and the referees."

The Wizards scored the first points of the game against the Celtics, but Boston responded with a 10-2 run and led 27-21 at the end of the first quarter. The Wizards outscored the Celtics 33-25 and led 54-52 at halftime.

Tatum then powered the Celtics over the final two quarters. The All-Star forward scored 23 points in the third quarter, including the final 10 points of the frame. The Celtics held a 90-80 lead going into the fourth quarter. Tatum scored another nine points in the final 12 minutes to help the Celtics hold onto the lead and advance to the first round of the playoffs.

Tatum made 14 of 32 shots from the field and was 5 of 12 from 3-point range in the victory. He also made 17 of 17 free-throw attempts and recorded eight rebounds and four assists.

Celtics guard Kemba Walker chipped in 29 points and seven rebounds. Tristan Thompson had 12 points and 12 rebounds off the Celtics bench.

The Wizards now face the Pacers to determine who gets the No. 8 seed and final spot in the Eastern Conference playoffs. The Celtics face the No. 2 Brooklyn Nets in the first round at 8 p.m. EDT Saturday in Brooklyn.

"It's really hard to make the NBA playoffs," Celtics coach Brad Stevens said. "Everybody's path is different. Every year presents unique challenges. We have been through a lot so we are hardened in a lot of ways."

The No. 9 seed Pacers pummeled the No. 10 Hornets from the start and never looked back Tuesday at Bankers Life Fieldhouse in Indianapolis. The Pacers led by as many as 39 points in the blowout.

Malcolm Brogdon gave the Pacers an early lead with a 3-pointer 35 seconds into the game. The Pacers then added an 11-2 run to take control of the game.

Pacers forward Doug McDermott scored 16 points in the first 12 minutes and powered his team to a 40-24 lead through the first quarter. The Pacers outscored the Hornets 29-21 in the second quarter and led 69-45 at halftime.

Center Domantas Sabonis scored 12 points in the third quarter to help the Pacers carry a 108-78 edge into the final frame.

Kelan Martin and Goga Bitadze scored 12 and 11 points, respectively, in the fourth quarter for the Pacers.

McDermott recorded 21 points in the Pacers win. T.J. McConnell scored 17 points off the bench. Martin and Bitadze recorded 14 points apiece off the bench in the victory.

The Hornets are eliminated from the playoffs. The Pacers face the Wizards at 8 p.m. EDT Thursday in Washington, D.C. That game airs on TNT.

The loser of the Lakers/Warriors game faces the winner of the Grizzlies/Spurs game Friday on ESPN. 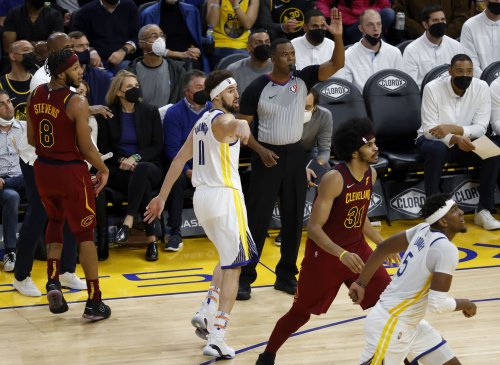 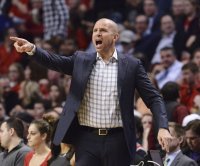