Utah Jazz guard Donovan Mitchell (45) sustained the ankle injury during the third quarter of Friday's game against the Indiana Pacers. He had to be helped off the floor and didn't return. File Photo by Jim Ruymen/UPI | License Photo

League sources told ESPN and The Athletic that Mitchell suffered a low ankle sprain, and there is optimism it isn't a significant injury. According to the outlets, X-rays came back negative on Mitchell's ankle.

Mitchell is scheduled to receive an MRI later Friday, with further treatment and evaluation to follow.

"Obviously we hope that it's nothing serious, but they're in the process of doing everything they can do to assess that," Jazz head coach Quin Snyder said.

Mitchell sustained the injury during the third quarter of Friday's game against the Pacers. With under nine minutes left in the frame, he jumped to deflect a long outlet pass and landed awkwardly, with his foot coming down underneath Pacers guard Edmond Sumner.

The 24-year-old Mitchell immediately grabbed his lower leg in pain and required help to get to the locker room. The team later ruled him out for the remainder of the game.

Mitchell, a two-time NBA All-Star selection, left the matchup with 22 points in 21 minutes against the Pacers.

"It's something you never want to see, especially when it's one of your teammates and your leaders," Jazz center Rudy Gobert told reporters after the game. "When something like that happens, you always pause a little bit and then you have to refocus on the game."

The Jazz overcame Mitchell's injury and beat the Pacers 119-111. 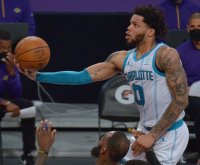 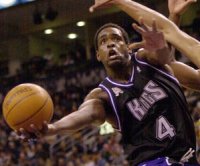