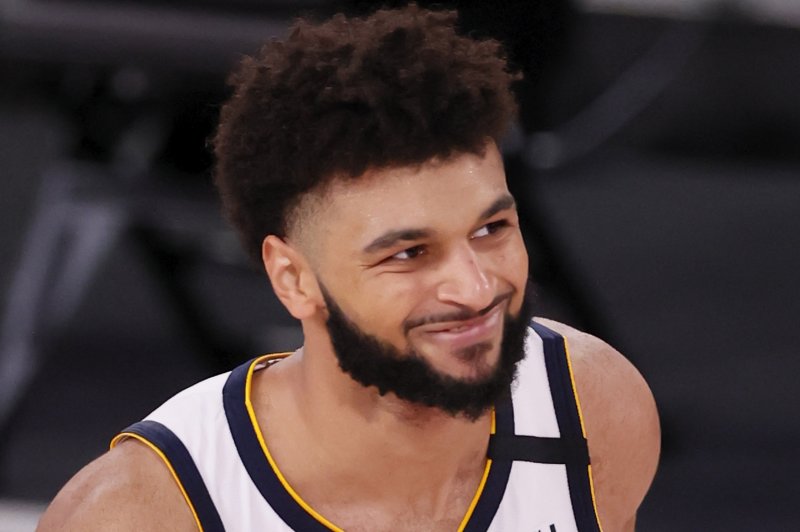 Denver Nuggets guard Jamal Murray scored 16 points before he was ejected in the third quarter of a win over the Dallas Mavericks on Monday in Dallas. Photo by Erik S. Lesser/EPA-EFE

The ejection came with 4:51 remaining in the third quarter of the game at American Airlines Center in Dallas. The Nuggets won 117-113.

Murray started the sequence by dribbling the ball near the right elbow before he passed to teammate Nikola Jokic. Murray then attempted to cut into the paint, but Hardaway blocked his path.

Murray fell backward, but Hardaway was not called for a foul. Murray responded to the collision by swiping his right hand between Hardaway's legs and making contact. An official was directly in front of the exchange and immediately called a foul on Murray.

RELATED Grizzlies have fifth consecutive game postponed due to COVID-19

"I was just trying to do my best to deny the ball," Hardaway told reporters. "The rest speaks for itself."

The Mavericks outscored the Nuggets 36-22 in the quarter and led 94-92 at the start of the fourth. Denver outscored Dallas 25-19 down the stretch to secure the victory.

Nuggets coach Mike Malone said after the game that he didn't see the swing by Murray.

"I asked [the official] and he said it was fairly obvious," Malone said. "There was a lot of physicality between those two [Murray and Hardaway]."

Murray had 16 points, three rebounds and two assists in 25:07 of action. Michael Porter Jr. scored a team-high 30 points and had eight rebounds for the Nuggets. Jokic chipped in 20 points and 10 rebounds in the win.

All-Star guard Luka Doncic had 35 points, 16 assists and 11 rebounds in the loss. Hardaway had 19 points and seven rebounds for the Mavericks.

Jamal Murray has been ejected after this Flagrant 2 pic.twitter.com/5edqiiMtyQ— NBA Central (@TheNBACentral) January 26, 2021

Murray, 23, is averaging a career-high 19.3 points per game this season. He also has logged 4.3 assists and 3.8 rebounds per game through 16 games.

"He got ejected, but those guys stepped up," Hardaway said of the Nuggets. "We have to give them credit. The bench players stepped up. They did an amazing job."

NBA // 4 days ago
NBA suspends Raptors' Fred VanVleet, two others for leaving bench in scuffle
April 8 (UPI) -- The NBA has suspended Toronto Raptors guards Fred VanVleet and DeAndre' Bembry and the Los Angeles Lakers' Talen Horton-Tucker for one game each following an on-court altercation between the teams earlier this week.