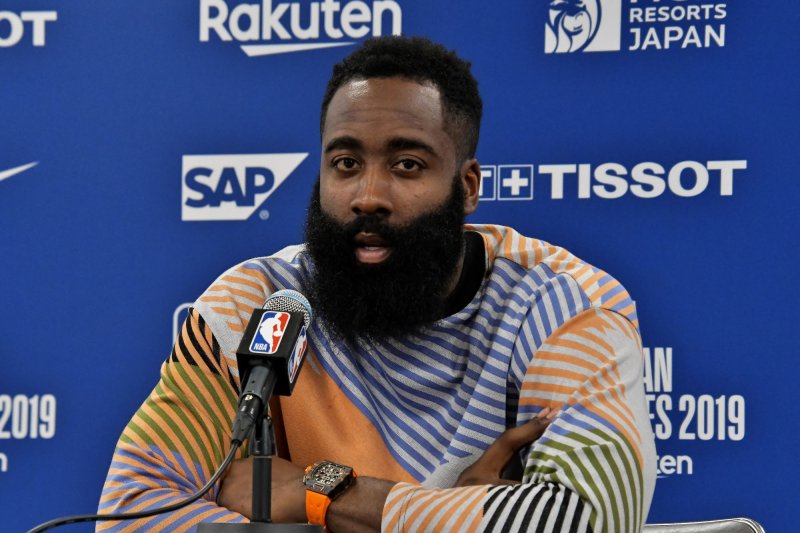 Jan. 13 (UPI) -- The Houston Rockets are sending superstar guard James Harden to the Brooklyn Nets in a blockbuster four-team trade that also includes the Cleveland Cavaliers and Indiana Pacers.

League sources told ESPN and The Athletic on Wednesday that Houston will receive Victor Oladipo, Dante Exum, Rodions Kurucs and multiple draft picks in exchange for the disgruntled Harden. The Pacers will get Caris LeVert and a second-rounder in the four-team trade, while the Cavaliers will be sent Jarrett Allen and Taurean Prince.

The mega trade reunites the 31-year-old Harden with former Oklahoma City Thunder teammate Kevin Durant in Brooklyn. The deal positions the Nets, who also have All-Star point guard Kyrie Irving, as a championship contender in the Eastern Conference.

The trade was agreed to after the Rockets decided to keep Harden away from Wednesday's practice. On Tuesday, the former NBA MVP said Houston isn't "good enough" to compete for a title this season.

Harden, a three-time scoring champion and eight-time All-Star selection, has averaged 24.8 points and 10.4 assists in eight games this season. Entering the 2020-21 campaign, he had three consecutive seasons above 30 points per game.