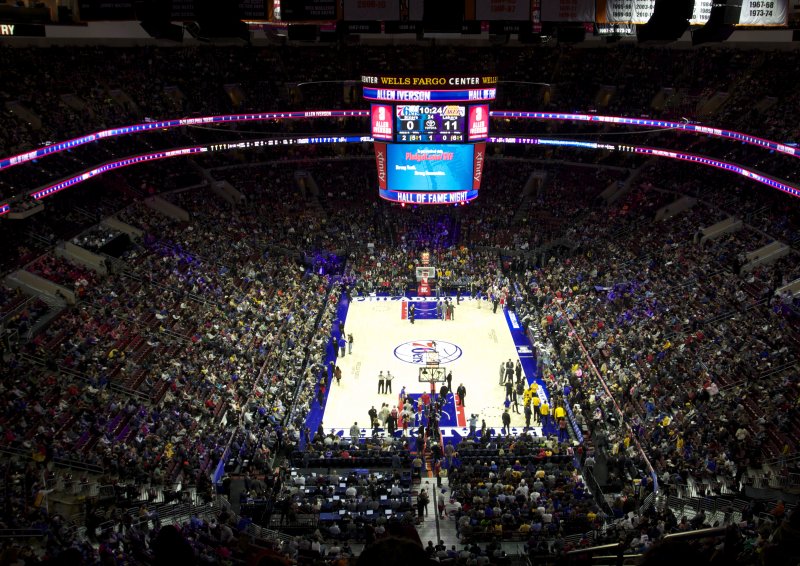 The Philadelphia 76ers are scheduled to host the Denver Nuggets on Saturday at the Wells Fargo Center in Philadelphia, but stayed in New York on Thursday after a player tested positive for COVID-19. Photo by Peetlesnumber1/Wikimedia Commons

Sources told ESPN, the Philadelphia Inquirer and ABC Philadelphia of Curry's positive test result. The result emerged after the team faced the Brooklyn Nets on Thursday in Brooklyn.

The team is quarantined and in the process of contact tracing. Sixers players and coaches will be retested Friday.

Sixers center Joel Embiid also told ESPN he plans to self-quarantine from his family until he is satisfied that he does not have COVID-19.

Curry, the youngest brother of Golden State Warriors All-Star Stephen Curry, joined the 76ers in November in a trade from the Dallas Mavericks.

The Nets beat the 76ers 122-109 on Thursday at Barclays Center in Brooklyn. Curry did not play due to left ankle soreness and spent the first quarter on the bench before he left the court area and went into isolation. He was seated next to Embiid and 76ers assistant coach Sam Cassell.

The 76ers are scheduled to host the Denver Nuggets at 3 p.m. EST Saturday in Philadelphia.

The Nets face the Memphis Grizzlies at 8 p.m. EST Friday in Memphis. They still are expected to play in that game, pending a round of negative COVID-19 results.

The NBA announced Thursday that four out of 498 players tested since Dec. 30 have returned positive results.