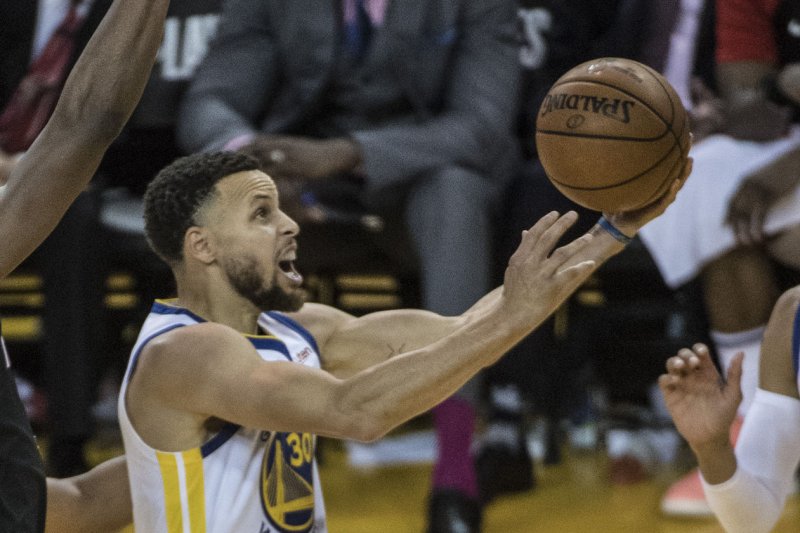 Golden State Warriors guard Stephen Curry scored 21 of his career-high 62 points in the first quarter in a win over the Portland Trail Blazers on Monday in San Francisco. File Photo by Terry Schmitt/UPI | License Photo

Jan. 4 (UPI) -- Sharpshooter Stephen Curry made eight 3-pointers and 18 of 31 shots from the floor for a career-high 62 points in a Golden State Warriors victory over the Portland Trail Blazers.

The Warriors guard also made 18 of 19 free throw attempts in the 137-122 win on Sunday at Chase Center in San Francisco.

"I know I have a lot left in the tank," Curry told reporters. "I'm just thankful that I'm healthy able to be back out there playing, enjoying the game that I love and surprising myself sometimes."

Curry erupted for 21 points through the first 12 minutes. He made 7 of 11 shots in the first quarter to help the Warriors earn a 36-33 edge in the frame. He added another 10 points in the second quarter and scored 14 points in the third quarter.

Curry splashed in a trio of 3-points and scored 17 points over the final 12 minutes. He also finished the night with five rebounds and four assists.

Blazers guards Damian Lillard and C.J. McCollum scored 32 and 28 points, respectively, in the loss. Enes Kanter chipped in 24 points off of Blazers bench.

"It's just a privilege to coach him."