The NBA and commissioner Adam Silver will have a Dec. 22 to May 16 regular season and begin the 2020-2021 playoffs on May 22. File Photo by Jim Ruymen/UPI | License Photo

The NBA expects to allow a limited amount of fans at some arenas during the 2020-2021 regular-season, which the league said Tuesday will be played from Dec. 22 through May 16. File Photo by Mark Goldman/UPI | License Photo

Each NBA team will play three games against each opponent in their respective conference for a total of 42 games apiece. Those games will include either two home games and a road game or one home game and two road games for each team and respective opponent. The NBA has randomly assigned which opponents will play twice at home or twice on the road.

Each team also will play two games against each opponent from the alternate conference for a total of 30 games per team.

The break in schedule release will allow the league to include games that are postponed from the first half to be played in the second half.

The play-in tournament was approved Thursday by a vote from the league's board of governors.

First half of regular season: Dec. 22 to March 4

Second half of regular season: March 11 to May 16

NBA // 19 hours ago
Middleton, Antetokounmpo lead Bucks past Nets to force Game 7
June 18 (UPI) -- Giannis Antetokounmpo, Khris Middleton and the Milwaukee Bucks responded to a lopsided loss with a dominant Game 6 victory to force a Game 7 in their Eastern Conference Semifinals series against the Brooklyn Nets. 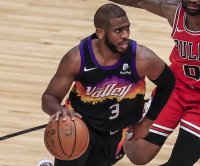 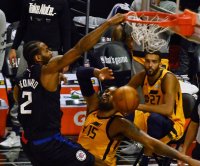